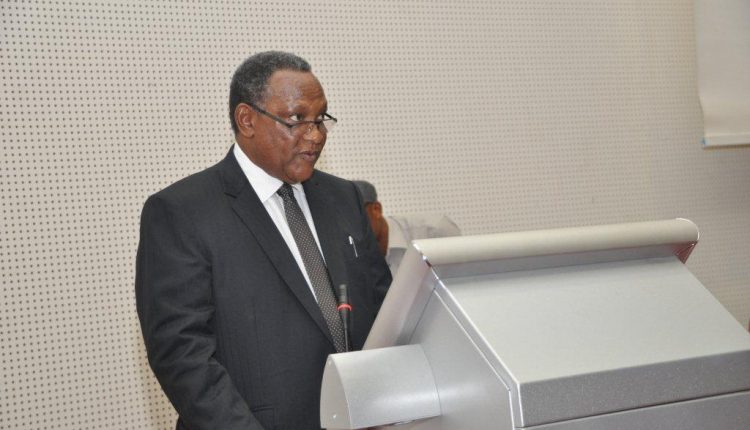 The Nigerian National Petroleum Corporation (NNPC) has urged the Senate to consider simplifying the fiscal provisions in the Petroleum Industry Fiscal Bill (PIFB) to ensure easy implementation of the law. Group Managing Director of the corporation, Dr. Maikanti Baru, made this submission during the Senate Joint Committee Public Hearing on the Petroleum Industry Fiscal Bill (PIFB), Petroleum Host and Impacted Communities Development Bill (PHICDB) and Petroleum Industry Administration Bill (PIAB) at the National Assembly on Monday. The GMD who was represented by the Chief Operating Officer (COO), Gas and Power, Engr. Saidu Mohammed, also advocated for the inclusion of clauses to make it easy for the law to be reviewed in response to economic, technical and other considerations. The corporation advocated for incentivizing oil and gas operations to attract investment into the country. He said there was need to leave out all regulatory issues in the Bill to ensure progressivity and empower the regulatory commission to effectively regulate the industry. He said NNPC was fully in support of the Petroleum Industry Reform Bill which has now been broken into regulatory, operational and administrative segments for easy passage.

Going down the memory lane, the GMD said the original Petroleum Industry Bill was borne out of the Federal Government’s desire to put in place a robust and desirable legislation to engender transparency, accountability and fairness in the nation’s Oil and Gas Industry. He noted that although the process of getting the Bill passed had been very challenging, the National Assembly had taken the most practical step to advance its passage by breaking it into phases.  “It is laudable to note that the Governance Bill has been passed by the Legislature while the Fiscal Bill, Administration Bill, and the Host and Impacted Communities Development Bill are going through legislative processes.

“NNPC appreciates the opportunity to review these bills and we have employed our deep expertise and experiences in the Industry to assess their provisions and will gladly make contributions that will not only enforce the desires of the National Assembly but will ensure that the reform bills when passed into law meet the expectations of Nigerians and investors alike,” Dr. Baru stated. Earlier, the Lead Senate Committee Chairman, Senator Kabiru Marafa, said the public hearing on the three (3) bills was the first time that the National Assembly was sponsoring the bills in bits and pieces for easy consideration and speedy passage of regulations that would lead to the reform of the Nigerian Oil and Gas Industry. It would be recalled that the Federal Government, some years ago, sponsored the Petroleum Industry Bill as an executive bill to establish the legal and regulatory framework, institutions and regulatory authorities for the Nigerian petroleum Industry.