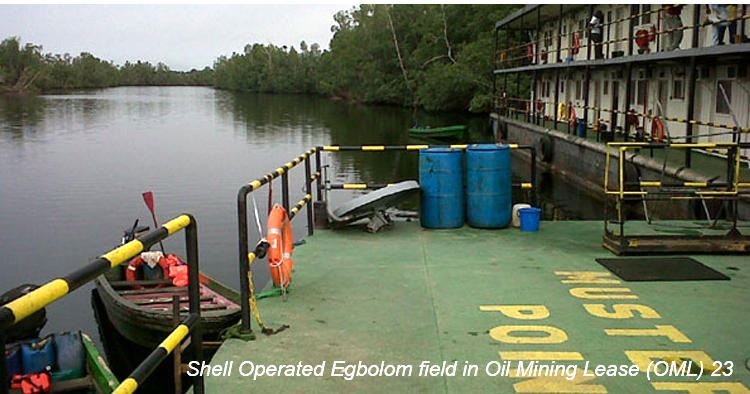 Nigeria’s Ministry of Petroleum has approved the recommendation by the Department of Petroleum Resources (DPR), to revoke three Oil Mining Leases (OMLs) operated by Shell Petroleum Development Company, a local arm of Shell, the Anglo Dutch major. The 17 acreages that Shell submitted for renewal purposes were: OMLs 11, 17, 20, 21, 22, 23, 25, 27, 28 31, 32, 33, 35, 36, 43, 45 and 46. The properties were due to expire in 2019.
The acreages revoked include OMLs 31, 33 and 36. Licences for 13 of the remaining 14 leases were renewed but the DPR proposed that OML 11 be split into three because it is too large (2,800sq km). Those renewed have a new lease of life for another 20 years. Shell will have a new OML 11, which is one of the three tracts carved out from the old OML 11, but it can apply for only one of the remaining two, according to ranking sources at the Ministry of Petroleum Resources in Abuja. In other words, the DPR expects Shell to re-apply for the “new” acreages carved out of OML 11, either in sum or in parts, but ministry sources say that the company is unlikely to be re-awarded all the three. Shell had not re-applied as of April 17, 2018.
The old OML 11 was actually under a Shell divestment programme when the AngloDutch giant applied for its renewal; Shell is talking with Transcorp, a Nigerian company which is scouting for $1Billion to pay for 45% of OMLs 11 &17. It is not clear how that transaction will work under the government’s “split it to three acreages” instruction.
Other interests, including a company named Robo Michael, claiming to be championing a community cause, have laid claim to those parts of the old OML 11 which lie in Ogoniland, a piece of territory where Shell had been refused access by the communities for upwards of 23 years. Bodo, Bodo West and Yorla fields, all in Ogoniland, are in the south of the old OML 11. It’s not clear where they would be, when the government concludes the split.
But a renewal of OML 11 licence, either in wholesale or in pieces, improves the investment climate around the asset. Transcorp has struggled, without success, to raise money to purchase the 45% because of the nearness of the licence expiry date. Shell Offshore Inc. has taken the final investment decision for Vito, a deepwater development in the US Gulf of Mexico. This decision sets in motion the construction and fabrication of a new, simplified host design and subsea infrastructure. A forward-looking, breakeven price is estimated to be less than $35/bbl.
Located over four blocks in the Mississippi Canyon area, the Vito development will consist of a semisubmersible host facility and eight subsea wells with deep (18,000 ft) in-well gas lift. First oil is scheduled for 2021. Vito is expected to reach peak production of about 100,000 boe/d. Estimated recoverable resources are 300 MMboe. The Vito development is owned by Shell Offshore Inc. (63.11% operator) and Statoil USA E&P Inc. (36.89%); the field is located beneath more than 4,000 ft (1,219 m) of water, about 150 mi (241 km) southeast of New Orleans.
In 2015, Shell began to redesign the Vito project, reducing cost estimates by more than 70% from the original concept. The cost savings, the company said, are due to the simplified design, in addition to working collaboratively with vendors in a variety of areas including well design and completions, subsea, contracting, and topsides design. “With a lower-cost developmental approach, the Vito project is a very competitive and attractive opportunity industry-wide,” said Andy Brown, Shell Upstream Director. “Our ability to advance this world-class resource is a testament to the skill and ingenuity of our development, engineering and drilling teams.”
* www.offshore-mag.com