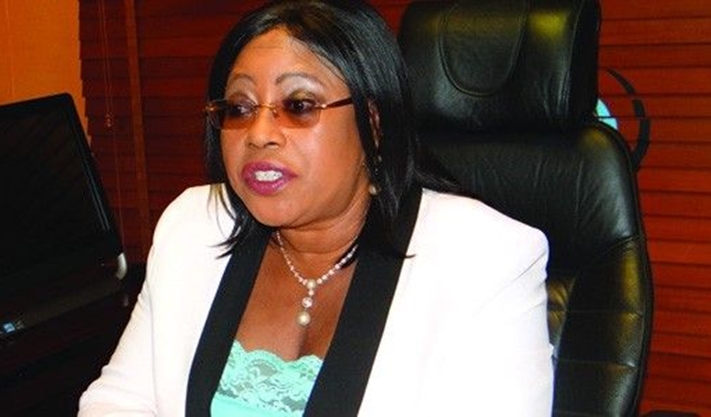 “Most of our commitments are in dollars whereas we charge in naira but due to the devaluation of the naira, you’ll see that what we charge today is effectively 42% per cent of its value in 2006 when you convert to the USD. This is significant for us because we now need more naira to fulfill our dollar commitments. It might be recalled that in 2006, one USD exchanged for about N130 but today it is more than N220 to the dollar which implies a significant decline of about 65 per cent in the value of the national currency since port concession,” she said.

Princess Haastrup said the situation has been compounded by a drop in cargo volume at the port since the beginning of the year. “Vessel call dropped by half in the first month of this year. Volume also dropped significantly by an average of 27 per cent across the various terminals. Some terminals suffered more drop in volume than this,” she said.

The STOAN Chairman said that only 29 vessels were declared for the Lagos Pilotage District (LPD) between the last week of February and the first week of March 2015. “This number includes tankers, container vessels, general cargo vessels and all. It is very unusual. Ordinarily, about 60 vessels would be declared within the same period,” she said.

“It must be noted though that in the first half of 2014, the volume of vehicles imported was extremely high in anticipation of the introduction of the new duty regime on vehicles. Average number of cars/vans for previous years was in the range of 20,000 units per month. We are talking of more than 60 per cent drop in volume here. “For trucks, the volume dropped from 2,700 units in January 2014 to 1,700 units in 2015. The number of trucks discharged in 2014 was in line with the figures of previous years. But in Cotonou port, the total number of cars/vans discharged in January 2015 was 30,000 units against 20,000 units discharged in January 2014. This represents a 50 per cent growth. Similar trends have been registered also for trucks. This means Cotonou is gaining from Nigeria’s loss due to the auto policy as more importers are discharging there to avoid paying the 70 per cent duty and levy in Nigeria. These vehicles will eventually find their way into the Nigerian market,” she said.

“Terminal operators generally are facing a tough time here. This certainly is not the best of time for our operations. Notwithstanding these challenges though, our members remain committed to deepening reforms at the ports. We have achieved tremendous success in the ports and at our various terminals with well over USD1billion invested collectively by terminal operators and this has resulted in a more efficient port operation. We will continue with the success story. The congestion and vessel queue which we successfully eliminated upon takeover in 2006; upgrading of port facilities and the continuous transformation of our ports in line with the vision of President Goodluck Jonathan are major milestones in the history of the seaports,” she said.