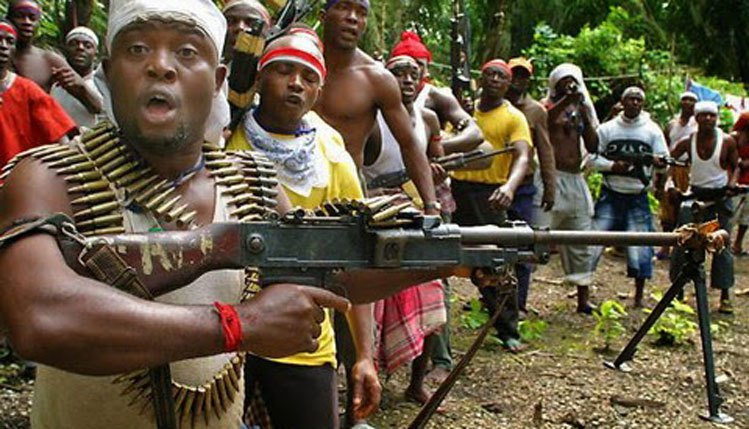 Top militant leaders, who have been causing havoc in the Niger Delta and major oil depots in the South-West, have laid out conditions under which they would stop the renewed bombing of oil installations and embrace peace.

The militants told one of our correspondents in Abuja that they would only drop their arms when the Minister of State for Petroleum, Dr. Ibe Kachikwu, meets and negotiates with them.

The militants issued the position after a secret meeting involving their leaders from the Niger Delta and their counterparts in Arepo, Agric, Epe, Ikorodu, Itoki and Igbokoda areas of Lagos.

One of the top leaders, who gave his name as General Levi, told Vanguard that they would not want to back down until the Petroleum Minister meets them and secures amnesty for their members to avoid being persecuted by security agencies.

The militant leaders also said after meeting with the minister, they would thereafter take over the responsibility of tracking and exposing those bent on causing further destruction to all facilities and meting our appropriate punishment to them.

They said they had been pleading for amnesty since the days of the President Jonathan’s administration but nobody took them into consideration and were ready to work with the new administration to bring about an end to oil bunkering and pipeline vandalisation in the Niger Delta region and the South-West.

Levi said: “We are ready to drop our arms and denounce hostility with the government on the condition that the Minister of Petroleum will meet with us and hear our own side of the story. We are not against the government but we have genuine issues yet to be addressed by successive administrations in this country.

“We are ready to commence discussion and denounce association with this present situation. From now henceforth, we are ready to block any channel for anyone not to go through to bomb oil pipelines.”

The bombing of oil installations in the Niger Delta commenced last week as militants blew up major oil and gas pipelines in the area.