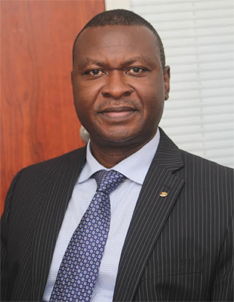 Corporate Social Responsibility (CSR) is known to be among the key factors of International Oil Companies (IOCs) operating in local communities from around the world. As the Oil Majors are striving from the current oil market price, CSR has been a paramount issue for companies operating in the Nigeria Delta region.

Zenith Professional Trainings (ZPT) organized a 3-day summit which took place on 5th – 7th April 2017 at Federal Palace Hotel, Lagos and gathered most of the IOCs operating in the region.

Speaking at the summit, Mr. Esimaje Brikinn, General Manager, Policy, Government and Public Affairs, Chevron Nigeria Limited said, “We have a substantial footprint in the Niger Delta region of Nigeria where we are active in oil and gas Exploration & Production (E&P) activities”

“As the Niger Delta people has been persistently requesting for an improvement in the social economic development of their communities, we as a company have taken a bold step of making sure we establish a working relationship with the stakeholders in the communities, he added”

In his speech, he stressed out that “In 2003, there was an inter-ethnic crisis in the western Niger Delta region of which Chevron has several of its operations and facilities in that area but we should also understand the crisis has nothing to do with our projects and the relationship we had with the communities. Unfortunately for us, the crisis got into some devastating dimension which made us shutdown our operations for some period of time but as soon as we came back to commence operations as usual we found out that our facilities were destroyed during the crisis, he added”

“We told the Niger Delta people that we have been doing our best for the communities and we were able to provide some social amenities for them in terms of infrastructural development, building schools for them and with all these they could have protected our facilities during the crisis, he said”

He also said, the Niger Delta issues is a sign post to any company looking forward to doing business activities in the region and the issues also serve as a wakeup call to companies operating in the region to be very mindful of the issues on ground and to making sure they contribute enormously to the development of the communities they operate in.

According to him, Chevron being an IOC operating in the region looked deeply into the issues on ground and came up with a strategic action plan to connect with the stakeholders and try to understand the level of commitment to be made in contributing to the social economic development of the region.

He said, “a robust engagement platform was established which led to a well organized multi-stakeholder gathering to get a clear picture of the issues, cultures and people living in the community and coming up with solutions on how best to tackle the issues.

“We were able to discuss directly with the community stakeholders through various meeting, sorting out solutions on how best they can contribute to the growth and development of the communities.

Speaking further, he said, the company came with a different approach this time by setting up teams internally responsible for community engagement and social investment. In achieving this, it created a multi-stakeholder partnership model which is well known as a Global Memorandum of Understanding (GMOU). The model was a new approach for the communities by bringing their leaders together to openly discuss what their people wanted for the development of the region.

“We also did a follow up on these model to making sure the communities are been carried along organizing various forums and making them understand their motive on how they intend to continue working with the communities in terms of capacity building.

According to him, he said, the model gives the community the right to take ownership of the kind of capacity building provided to them.

He also added that, “The GMOU is a multi-stakeholder partnership initiative where the communities will have to identify what project should be executed in order to address their needs and these projects are executed and handled by themselves.

“As far as I know, the communities are the beneficiaries with a full ownership to the projects which is been handled by them through the planning process and execution. Some of these projects are water, electricity, schools, community scholarship and it has been making great progress in improving their social economic well being, he added”

According to him, the model creates a medium for the people to speak out their grievances to the community leadership in order to come up with possible solutions and to avoiding conflicts between rival communities. It has also created job opportunities, training and build relationship with both communities.

He said, the model is not only paperwork but it has been tested and confirmed by experts in the field of social economic development. Other IOCs have been asked to copy the model for their own operations in the Niger Delta region as it also got a high level of endorsement from industry experts.