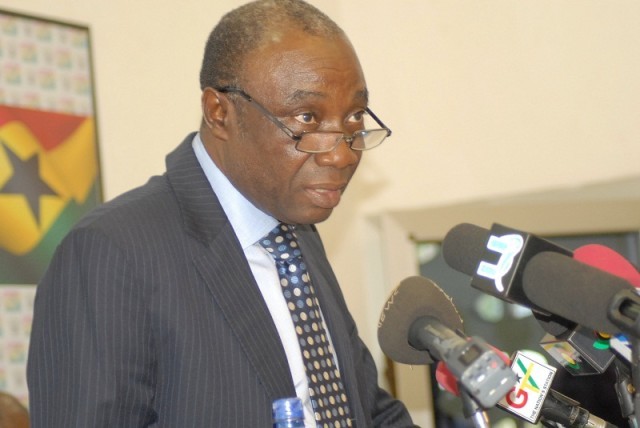 Ghana would ensure a significant inclusion of renewable energy in its energy mix to deal with the power supply challenges confronting the country, Minister for Power, Kwabena Donkor has said.

The government envisages a shift of the country’s electricity generation from excessive dependency on large hydropower towards other renewable energy technologies, which do not produce greenhouse gases, offers the opportunity to provide electricity services while balancing the carbon sink.

Kwabena Donkor The minister said these when he opened the Ghana Renewable Energy Fair at the three-day 4TH West Africa Clean Energy and Environment (WACEE) Exhibition and Conference here on Tuesday.

Energy demand in the West African country grows by 10 percent to 12 percent annually, as the country’s economy has seen significant expansion in the last two decades.

Hydro power generation which had been Ghana’s main source of power for over the past 50 years, has gradually reduced in capacity due to climatic conditions and increase in demands, forcing Ghana to add a significant amount of thermal generation to its energy mix.

The West African country has embarked on an aggressive development of thermal power plants through both public and private sector initiatives with a proven natural gas reserves of 22.65 billion cu m (cubic meters), as of January 1 2013, (sourced from Mundi Index), to end the shortfall in power supply.

“The future however holds the threat of high emissions of greenhouse gases as the country transits to a dominant thermal electricity generation based on fossil fuels regime,” the minister cautioned.

He added that the inclusion of renewable energy held the key to mitigating the threat posed by the new sources of fossil fuel based power production.

Consortium Begins Use of Cassava Peels to Produce Energy…

According to him, the government, has identified renewable energy based mini-grids and standalone renewable energy solutions as the most promising cost effective option to extending clean electricity to such as communities.

To do this effectively, the minister added that government has also counted the cost and are determined to accelerate the development of the value chain of renewable energy innovatively.

Donkor expressed the hope that the lowering prices of solar especially in United Arab Emirates, South Africa, Brazil and Uganda, with the price of solar electricity falling far below the price of electricity generated from some of the cheapest conventional sources would also affect the sub-region of West Africa.

“Our strategy therefore is to increase the contribution level of renewable energy at the most cost effective manner. He added.

The theme of the three-day fair is “Renewable Energy Technologies for Sustainable Development.”
German Ambassador to Ghana, Rudiger John noted that just as the global economic development must become more sustainable, so also can growing energy needs of developing countries such as Ghana not be covered by fossil fuels alone.

“We have to use more sources for our energy supply; solar, wind, biomass, recycling of waste; these are the solutions of future,” John stressed.

Beyond helping to meet Ghana’s short-term energy supply needs, the ambassador believes there are more renewable energy sources Ghana can tap into to make the medium to long term sustainable power generation and availability, secured. Enditem.