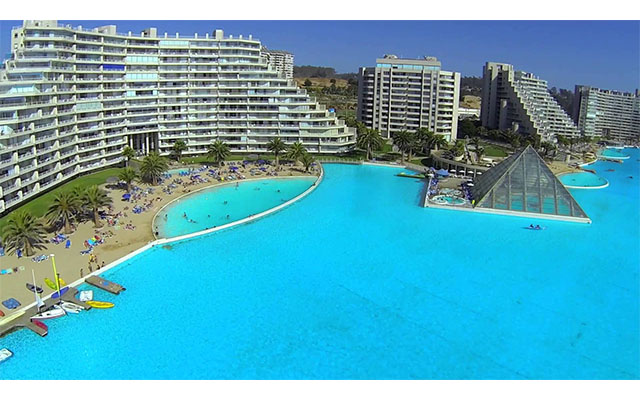 In line with the above, Crystal Lagoons, the patented technology developer of giant crystalline lagoons, is reporting strong worldwide interest in new technology developed by the company to deal with humanity’s biggest problem – potable fresh water shortage – which affects over one billion people worldwide.

Crystal Lagoons’ experimental desalination technology project is a ‘zero energy’ solution that would use wasted energy from Northern Chile’s 12 thermo-electric plants to potentially generate enough potable water for the country’s entire population. This wasted energy is the equivalent of eight times the world’s renewable energy capacity and has huge global potential.

According to the United Nations Environment Programme (UNEP), by 2025, almost two billion people, or 40% of humanity, will face life-threatening water shortages, with virtually every continent affected

UNEP data report that eight countries in the Middle East already have the lowest water availability per capital in the world, while the UAE is one of the highest per capita water consumers globally.

“Water issues are an integral part of our corporate social responsibility programmes, as a responsible global corporation we place tremendous emphasis on how we can make an impression on the issues affecting the rest of the world,” said Carlos Salas, Crystal Lagoons regional director for the Middle East.

Crystal Lagoons plans to establish pilot plants in several locations across Chile, with construction of the first plant, located in Antofagasta, set to begin later this year. The company will invest US$222,000 ($150 million pesos) into the project.

The technology has already been patented in the US via the United States Patent and Trademark Office’s (UNPTO) Green Fast Track programme, which gives preference to granting patents to technologies that have a high ecological impact and environmental contribution.