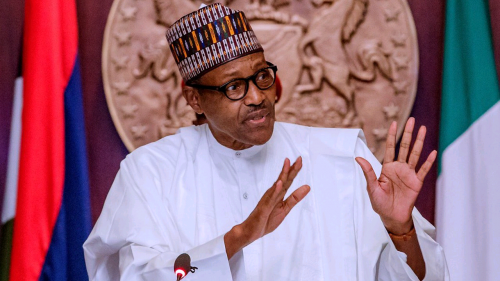 President Muhammadu Buhari has announced the total restriction of movement in Lagos, Ogun and Abuja.

The President gave the order during his nationwide broadcast on Sunday, explained that the restriction order was extended to Ogun State because of its proximity to Lagos.

According to him, the restriction will last for an initial period of 14 days with effect from 11pm on Monday, 30th of March, 2020.

“The few confirmed cases outside Lagos and Abuja are linked to persons who have travelled from these centres. We are therefore working to ensure such inter-state and intercity movements are restricted to prevent further spread.

“Based on the advice of the Federal Ministry of Health and the NCDC, I am directing the cessation of all movements in Lagos and the FCT for an initial period of 14 days with effect from 11pm on Monday, March 30, 2020. This restriction will also apply to Ogun State due to its close proximity to Lagos and the high traffic between the two states.

“Although these establishments are exempted, access will be restricted and monitored. Workers in telecommunication companies, broadcasters, print and electronic media staff who can prove they are unable to work from home are also exempted, Buhari  said.

Also, the President said all seaports would remain operational but changes would be made.

The President stated that all vehicles conveying food and other essential humanitarian items into these locations from other parts of the country would also be screened thoroughly before they are allowed to enter these restricted areas.