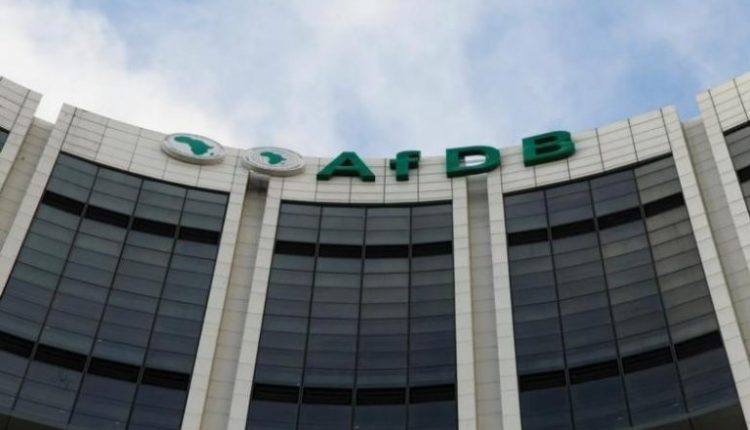 African Development Bank (AfDB) has handed out what is regarded as the largest US dollar nominated Social Bond transaction, with a $3 billion in a three-year bond to help alleviate the economic and social impact the Covid-19 pandemic.

This $3 billion Covid-19 bond issuance is the first part of our comprehensive response that will soon be announced, the bank said in a release last weekend. The Bank said the ‘Fight Covid-19 Social bond’, with a three-year maturity garnered interest from central banks and official institutions, bank treasuries, and asset managers including Socially Responsible Investors, with bids exceeding $4.6 billion.

“This is the largest dollar-denominated Social Bond ever launched in international capital markets to date, and the largest US Dollar benchmark ever issued by the Bank. It will pay an interest rate of 0.75%,” a release from the Bank said, stressing that the AfDB Group is moving to provide flexible responses aimed at lessening the severe economic and social impact of this pandemic on its regional member countries and Africa’s private sector.

“These are critical times for Africa as it addresses the challenges resulting from the Coronavirus. The AfDB is taking bold measures to support African countries. This is indeed the largest dollar social bond transaction to date in capital markets. We are here for Africa, and we will provide significant rapid support for countries,” said Dr Akinwumi Adesina, President of the African Development Bank Group.

“As the Covid-19 outbreak is dangerously threatening Africa, the African Development Bank lives up to its huge responsibilities and deploys funds to assist and prepare the African population, through the financing of access to health and to all other essential goods, services and infrastructure,” the statement quoted Tanguy Claquin, Head of Sustainable Banking, Crédit Agricole CIB.

Coronavirus cases were slow to arrive in Africa, but the virus is spreading quickly and has infected nearly 3,000 people across 45 countries, placing strain on already fragile health systems.

It is estimated that the continent will require many billions of dollars to cushion the impact of the disease as many countries scrambled contingency measures, including commercial lockdowns in desperate efforts to contain it.

The Bank established its Social Bond framework in 2017 and raised the equivalent of $2 billion through issuances denominated in Euro and Norwegian krone. In 2018 the Bank was designated by financial markets, ‘Second most impressive social or sustainability bond issuer” at the Global Capital SRI Awards.

The chief executive officer of the Centurion Law Group stated that the opportunities will present further drift from about $30 to $20 per barrel in the international market.

“The situation looks bleak. If Saudi Arabia and Russia go on having a price war, a USD$20 barrel is possible, if not probable,” he said in an interview.

According to him, some oil-dependent African nations will suffer reduced revenue. He cited Angola’s example, whose national budget was pegged at an oil price of USD$55. He pointed out that most African producers have learned from past experiences and have adjusted themselves to respond to price crashes.

The progressive economic diversification the continent has witnessed in recent years, he said, will also contribute to minimize the impact of this situation.

He posited that if 2020 is showing itself challenging for African energy, 2021 will be a year of opportunity, stressing however that for that to happen, APPO has to start adapting now; laying down the policies that will allow members to take advantage of future opportunities.

“It is in moments of crisis that true leaders have the opportunity to shine, While it is actually difficult to predict the future, there are a few deductions and inductions we can try to make with some certainty.

“One is that neither Russia nor Saudi Arabia wants a low oil price and there is a limit to how long they are willing to sustain it. No one gains from it and if anyone has the capacity and funds to sustain it for a longer period of time, it is Saudi Arabia.

“Already, Russia has suggested it might be open to negotiate coordinated cuts within OPEC+ during the group’s next meeting in May/June.

The first to suffer from this will be American shale producers. This sector was already finding it hard to finance itself in recent years but continued to unbalance the market with its rapid response times to price fluctuations. These producers are highly leveraged, and it is likely that most will go bust in the present situation.

“Further, in three months time, at the time of the next OPEC+ meeting, the virus situation might also be very different. A fortnight ago, President Xi Jinping visited Wuhan, the epicentre of the epidemic, for the first time since the beginning of the outbreak, in a clear demonstration of a strong response to a rapidly evolving situation that seems to be stabilizing.  It can be expected that demand in the country will start rising again in the foreseeable future.

“If that happens in a scenario when the US shale sector is no longer able to respond, it might just be that the price will climb higher than it was before the virus, and with Saudi Arabia securing for itself a much larger slice of the global marketplace. Again, things will get worse before they get better, but they will certainly get better,” he said

He, therefore, posited that this is the time for African nations to position themselves correctly, and that will require close attention to international developments and close cooperation, to be able to take advantage of new opportunities.

“The African Energy Chamber will be instrumental in that, but so will be the African members of OPEC. The time to show statesmanship and stay close to Saudi Arabia and the decision-making table is now.

“To grow Africa’s relevance in the international oil stage by showing level-head and cooperation in the face of a global crisis. If we take that route, we will come out of this stronger than ever,” the energy expert said.