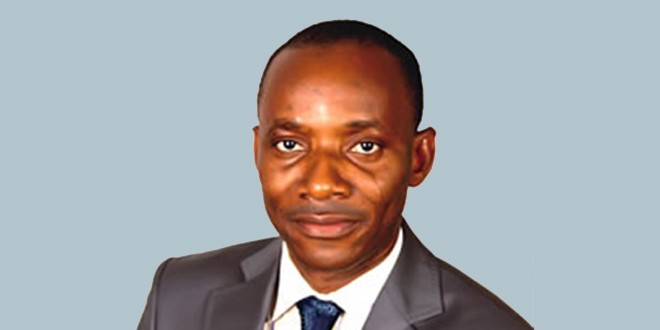 NERC Not Under Pressure To Increase Tariff – Amadi

The recent MYTO 2.1 tariff upward review is generating rancour, was the commission under intense pressure to implement MYTO 2.1 against its own five–year time table.

Anybody who knows NERC procedure in the past will understand that whenever we have complaints, we go back and address the issue, and there is no special pressure from any quarter. When we did the fixed charge removal, the Discos complained and we had a public hearing and we started the process of review. So if a major complain arise from customers, our business rule makes it mandatory to attend to it within sixty days. It does not mean whether the commission was wrong or right.If the complaint appeared to be significant it might be heard through a public hearing and we go back to fix the problem following the procedure; so we are not under any pressure. These complaints could be from the providers; it could be consumers or special interest or any other stakeholders that challenge the process. We would then do our internal review, if we discovered that there are overriding public interest, we then take appropriate measures.

Some stakeholders at the forum accused NERC of trying to rob Peter to pay Paul, having freezed tariff increase for R2 (residential customers) who are exempted from the upward review for a period of six months, only to later announced upward review of MYTO 2.1 at the detriment of manufacturers.

That is not true, if you look at the tariff; the tariff for R2 customer is still high even as it is frozen. So the increase for R2 customers would have happen together. It wasn’t that after it freezes, we pass it on to them. What really happened in the case of electricity consumers is that it was not activated, so the increase is the level of the losses that we allowed and we go back to reduce that level of losses. The freezing of the R2 consumers’ tariff was strategic because of level of complaints from consumer groups. Commercial and consumer groups have the capacity to pass their cost to end users and it is better for you to avoid it; some of the cost could be legitimate but it was frozen to see electricity improved then it can be recycled back. You may also have a legitimate increase in tariff, which the regulator may allow to happen; but the regulator is asking Disco to have short recovery for a short period of time, it is a balance of interest until much later when things are better off.

Why then is the MYTO 2.1 heating up the polity?

The freeze is a different matter on its own, and the only people that can complain are the Discos. This is the normal increment that can happen to commercial consumers and they are now saying the increase is too high, and it may be too high in some cases. So, we went back to the issue and trying to find out where the increase would have come from. It wasn’t that there would be no increase.

Was there no level of consultation or agreement with stakeholders ahead of the review?

Tariff is not about an agreement. We only consult with stakeholders to get their input.

But many of them complained they were not carried along.

We can’t go to people house and drag them out to attend forum; this is not a National Population Census. We normally publish public announcement both in the newspapers, national radio and televisions. If you don’t come how will you know when decisions are taken, but other stakeholders came and issues were discussed.  First and foremost, NERC does not make tariff by consensus, it is our right to determine what the right tariff for the industry are. But in doing that we first and foremost get stakeholders input to know how their businesses are faring and would be affected. Tariff is not a thing of consensus where a communique is signed to indicate agreement, buyers and sellers cannot agree on the same price. Major stakeholders are the Discos, they are expected to consult their customers and get their feedbacks. The only concern of the regulators is to find out if they are over-recovering or if their profiteering, both actions are not allowed; but the consumers should probably be active to check the cost and make their case known while the regulator may discount some of those cost.

On that note, there was clemency visit to NERC by Manufacturing Association of Nigeria to officially make their case known. How far has NERC gone in addressing their issue?

Before they came, we (NERC) have already started the process. When they left, we had our technical committee meeting which we tabled back to the regulator, and by Wednesday we are meeting with Discos to show them what we think should happen.

How true is the allegation that Nigerian electricity tariff is the highest in the whole world?

It is not true, not even the highest in Africa, it is even probably the lowest in Africa.

The CAPMI initiative introduced by the commission has been adjudged laudable. So far, what is the level of improvement on metering?

In that regard, the CAPMI idea is akin to ‘heaven help those who help themselves’ for consumers to key in and be better metered. But is public awareness adequate enough?

May be it wasn’t enough, the Discos are in positions to adequately meter their customers but it all depend on funding, but in the coming weeks and months there will be more focus on metering.

2015 Budget Likely To Be Reviewed Next Month