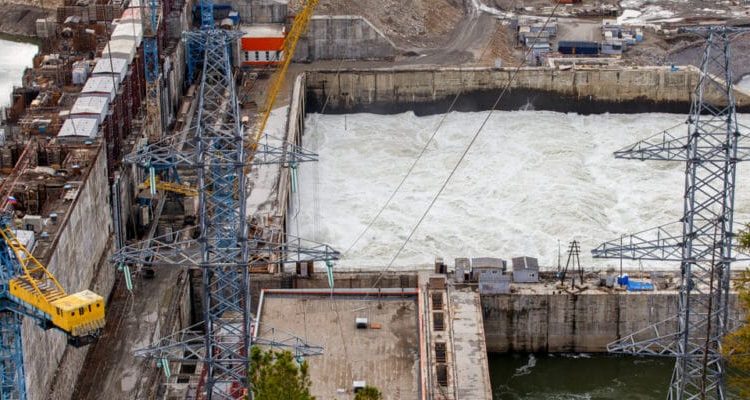 Zungeru Hydroelectricity Plant to Be Commissioned In 4 Phases

Sinohydro, the Chinese company handling the 700mw capacity Zungeru hydroelectric plant in
Nigeria has assured that it will commission the project in four phases starting from the first quarter of 2022. The project is the second largest hydroelectric scheme in the country.

The $1.3billion hydroelectric facility is being built with Chinese assistance on the upper and middle reaches of Kaduna River in the Niger state, approximately 150km away from Abuja, the capital city of Nigeria. It is also one of the biggest power projects in Africa to avail preferential loan facility from the Export-Import Bank (Exim Bank) of China.

The Zungeru project is estimated to generate 2.64 billion Kwh of electricity a year, which will meet close to 10% of Nigeria’s total domestic energy needs. It will also provide flood control, irrigation, as well as water supply and fish breeding facilities. Experts say the project is expected to provide employment opportunities to more than 2,000 people during the peak construction period.

According to him, the other three turbines will be commissioned in the second, third and fourth quarters of 2022, for an installed capacity of 700mw. This will be the culmination of a mega-project whose construction phase began in 2013.

“On the project site, work is 95% complete. But everything will be ready for the commissioning of the first turbine in a few weeks,” Li Xiao Ming assured.

Sinohydro is building the Zungeru dam and hydropower plant in consortium with its compatriot China National Electric Engineering Company (CNEEC). The two companies built a roller-compacted concrete dam on the Kaduna River, a tributary of the Niger River.

The dam has a height of 101m and a length of 233m, forming a reservoir capable of storing 10.4billion m3 of water. The plant’s four turbines will inject 2.64billion Kwh per year into Nigeria’s national power grid.

But issues bordering on compensations to displaced persons in the host environment seem to be lurking beside the completion of the projection. Reports say the construction of the facility has displaced over 500 homes, whom the federal government has promised to relocate to New Gungu Wushishi.

Amidst the delay in making compensations to displaced persons and properties, the federal government is reported to have released N2billion, or $4.8million for compensations.

Nigeria is financing 75% of the work through a preferential loan from Exim Bank of China. When fully operational, the Zungeru plant will be the second largest hydroelectric plant in Nigeria, after the 760mw Kainji Plant commissioned on April 13th, 1985.

The energy generated from the Zungeru hydroelectric plant will be evacuated via two high voltage lines: (a) a 135kV line to Kainji Dam and (b) a double circuit 330kV line to connect to the line between Shiroro and Jebba dams. The power will subsequently be integrated into the Nigerian electricity grid.

Nigeria Remains in Darkness Despite NERC’s Approval for Over 2,000MW Power Projects in One Year