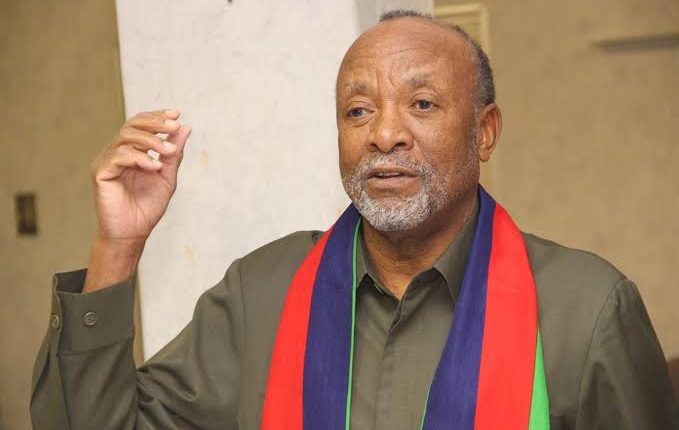 Renewable Energy Is The Fuel Of The Future – Nambian Vice President

The Namibian Vice president Nangolo Mbumba has said described renewable energy as the fuel of the future especially in bridging electricity deficit gaps in developing countries.

Speaking during the inauguration ceremony of a 5MW Solar Project at Orano’s Trekkopje Mine, Mbumba said that renewable energy has a positive and significant impact on the growth of any economy.

The N$120 million worth Solar Project is owned by the country’s registered independent power producer – Sertum Energy Namibia which is a partnership between young Namibian businessman Elton Katangolo and Italian-listed company Enertronica SpA that specialises in the development and construction of solar plants around the world.

The project is said to have a development capacity of 27MW, out of which 5MW is now commissioned. It is located about 50 kilometres from Swakopmund within the Trekkopje mining area, the project is close to the substation directly feeding the mine and Orano’s desalination plant near Wlotzkasbaken.

According to the Vice President, the partnership between private-public that produced electricity in the desert for national utilisation shows Namibia government’s seriousness in harnessing renewable energy.

“This demonstrates our unwavering commitment to supporting renewable energy technologies and private players’ participation in the national energy sector,” he said.

Speaking also, the Deputy Minister of Mines and Energy, Kornelia Shilunga said that the establishment of such solar projects, the country was “slowly but surely” becoming less dependent on importing electricity from the Southern African Power Pool. Namibia currently imports about 60% of its electricity.

According to her, Namibia’s renewable power supply capacity across the country has grown to approximately 35% of Namibia’s total electricity production and about 12% of Namibia’s maximum demand.