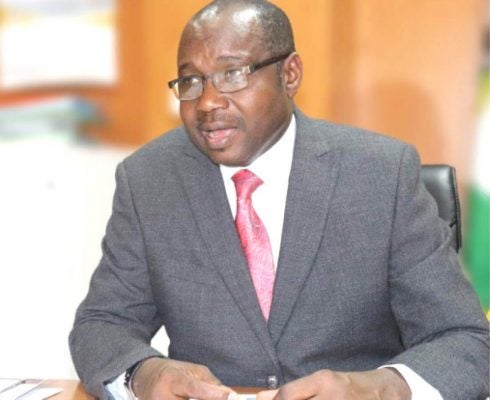 Poor management of the face-off between the Senior Staff Association of Electricity and Allied Companies (SSAEAC) and the management of Transmission Company of Nigeria (TCN), as well as the appalling state of the power sector in Nigeria has been adduced as the reason for the sacking of the managing director of TCN, Usman Mohammed.

In addition to the threat by the SSAEAC to throw the country into darkness, if their President, Comrade Chris Okonkwo, who was unceremoniously sacked by Mohammed, was not reinstated, the federal government is said to have considered that the Nigerian Senate had last Tuesday passed a veiled vote of no confidence on the ability of Gencos and Discos under the supervision of the TCN to support Nigeria’s power programme.

In addition to the call for the cancellation of the entire privatisation process, though carried out during former President Good luck Jonathan-led administration, the Senate mandated its committee to probe all federal government interventions in the power sector since the privatization of the sector till date, totaling trillions of naira. Senate President, Ahmed Lawan, said the GenCos and DisCos have demonstrated lack of capacity to delivery desired electricity supply to Nigerians.

The lawmakers warned that the country may not have power supply in the next 10 years, should the sector privatisation be left unrevised. They also called for the immediate suspension of the planned electricity tariff increase due to take effect from July following the increased hardship occasioned by the Coronavirus, COVID-19 pandemic.

Lawan said it is disheartening that despite the huge sums spent so far on the power, results are not being realised. “We expected efficiency and something better. DISCOS have no capacity to supply us power. We shouldn’t continue to give them money. They are private businesses. We need to review this whole thing. Something is wrong,” he said.

Observers say that on the other hand, before his sack last Tuesday, Umar had been having a running battle with various unions in the power sector, including SSAEAC. The staff of the Transmission Company of Nigeria who spoke to Orient Energy Review on the assurance of anonymity, said it was long they expected that the sacked managing director to lose out in the power play with union operatives.

President of SSAEAC, Comrade Chris Okonkwo, was until his sack last weekend, the TCN general manager, special duties. The union alleged that Umar erred in sacking Okonkwo, as public service procedures and provisions were not followed. They also alleged that Umar lack the capacity to sack Okonwko, even as there was no query or altercation preceding his sack.

The SSAEAC general secretary, Abubakar Dubagari, who issued the strike threat in a statement last weekend said the union will down tools if the sack letter issued to its President, Chris Okonkwo, is not reversed because the latter had not been issued a query or found wanting in his line of duty.

The Minister of Power, Mr Mamman Sale, who announced the sack of Mr Usman Mohammed, as the Managing Director of Transmission Company of Nigeria (TCN), said it was part of the continued measures to reposition and improve the performance of the nation’s power sector.