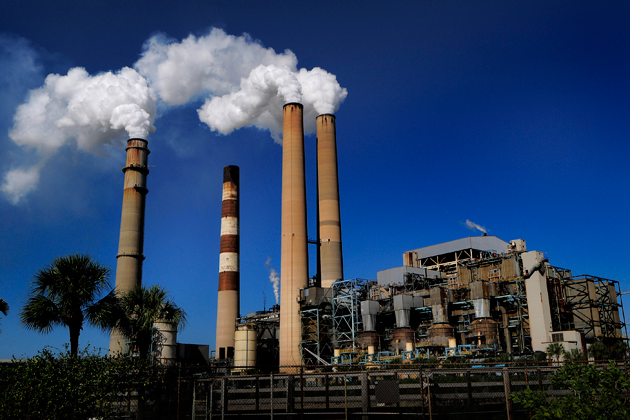 He stressed the need to address the problem of gas production as 80 per cent of current and future power generation, according to him, is based on gas-fired power plants.

Thomas said, “But the gas-to-power value chain itself is terminally sick in the emergency ward infested with a number of crippling diseases, chief among which are the primary diseases of vandalism of oil and gas facilities, sector illiquidity, price and securitisation challenges.

According to him, other challenges are inadequate and dilapidated power transmission and gas distribution infrastructure, low economic returns for gas projects and lack of access to gas reserves by those willing to develop them if the terms and conditions are right.

“If nothing is done soon, the patient will surely die and Nigeria will be plunged into perpetual darkness and all the associated knock-on effects,” he said.

Thomas said the problem of vandalism would soon be solved as the government was now taking the matter very seriously.

He said, “In the past six weeks, the third party-owned gas evacuation system through which our company – Frontier Oil Limited – transports gas has been sabotaged twice, resulting in the loss of about 450 megawatts of power from the nation’s power generation capacity, thereby worsening an already dire situation.

“We need quick-win initiatives that will put a stop to vandalism of oil and gas assets to ensure that oil and gas production ramps back up to about 2.2 million barrels of oil production per day and 5,000 megawatts of power generation, which is what we are capable of generating and transmitting successfully at this point due to an antiquated ‘dumb’ grid that is the weakest link in the gas-to-power value chain.”

Shell, Other IOCs Take On Pioneer Students Of RSU CoE In…

Mart Resources Denies Sale of Company And Continues To…

The Frontier Oil CEO said this would yield the immediate short-term benefit of increasing the country’s foreign exchange earnings and providing power for the nation, as “factories are closing down daily, offices and homes wasting hard-earned income on expensive diesel or petrol for self-power generation”.

He said the distribution companies were primarily responsible for the illiquidity in the gas-to-power sector.

“They are not metering properly and are, therefore, not collecting their revenues efficiently as demonstrated earlier. They have continued the odious practice of estimated billing and they are not doing the things they contracted to do when they took over the franchises they bought.

“They argue that they are not getting enough electricity to sell; that the electricity tariff is not cost-reflective and consumers are stealing power, and as such are not making enough money to pay their loans, let alone fund additional capital investments. The blame game and list is endless. The fact is that the DisCos are not the only ones to blame.”

He said the government and consumers who stole electricity without paying for it should also take part of the blame.

“The DisCos claim government ministries, departments and agencies owe them N93bn. This means government is the biggest debtor to the DisCos and is also partly responsible for the illiquidity in the gas-to-power sector.”

Thomas said, “As long as the DisCos are insolvent or not making enough money, they cannot invest in meters and the upgrade of distribution infrastructure. The money they are making is barely enough to service their loans and the banks are no longer willing to lend money to the power sector, especially the DisCos. We have a complex but undeniable problem and government needs to and must do something about it urgently.”

He said Nigeria could learn from the Indian model, with the Indian government supporting the power sector for 10 years by subsidising it.

He suggested that the government should use the N1tn savings realised from fuel subsidy removal to stimulate and support the power sector.

“The government’s intention and objective of diversifying the economy will amount to nothing unless the gas-to-power sector is rescued from imminent and catastrophic systemic collapse. Government has to do something drastic.

“Should government allow the Nigerian Bulk Electricity Trading Plc to sit on $800m and let the sector collapse before our very eyes? Should government not consider the idea of a bond for the power sector as many experts are advocating? What role can the pension funds, with the right and effective safeguards and stringent due diligence to protect people’s pensions and future, play in meeting the huge funding requirements of the gas-to-power sector? “

Thomas urged the Federal Government to declare a national emergency on the power sector fast and ensure “it takes the courageous, far-reaching and well-thought-out decisions to save the sector before it is too late.

“I am encouraged by the fact that my interaction with the current government leads me to believe that this is a listening government that truly wants to do something about the Power sector.”