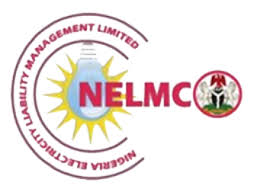 …Saves FG N92bn
Nigerian Electricity Liability Management Company (NELMCO) said that it has concluded the clearing of PHCN liabilities that accumulated before privatising the power sector in 2013, and in the process saved the federal government about N92 billion.

During the presentation of a report on Self-Assessment Tool (SAT) of the Bureau for Public Service Reform (BPSR), the managing director of NELMCO, Mr Adebayo Fagbemi, stated that the bureau awarded a Gold Level Award to the agency for scoring over 86% on its transparent operations and liabilities’ management.

“We have been able to save N89 billion for the federal government with the methodology we put in place, and we saved N1.8 billion with the triangular verification model we put in place. With this, we have saved a total of about N92bn,” he said.

He explained that NELMCO was the first agency to deploy SAT in the power sector, and noted that the strength of the agency derives from other all other agencies in Nigeria. With the proper management of the liabilities, Fagbemi said there were no complaints from power firms about PHCN liabilities affecting their operations.

According to Fagbemi, rather than having NELMCO liabilities increase, the agency has been able to manage it because of the methodologies put in place. The agency also said it had an approved four-year projection on how it would clear all liabilities by 2022 to end its operations.

The Director-General of BPSR, Mr D. I. Arabi, while presenting the NELMCO SAT report said, FG had introduced the tool to enable agencies to understand their strengths and weaknesses, and improve their performance.

He said BPSR validated the report, with NELMCO scoring excellently on the exercise. “The most critical organisation goals were met. We are pleased to give the Gold Level Award – a public service agency that ‘meets expectations’. We have seen a performing MD that works efficiently to manage his human resources very well.”

The permanent secretary, federal ministry of power, Didi Walson-Jack, lauded NELMCO for the feat. “I am glad to know that NELMCO is the first agency that presented itself for this exercise. It is our delight that an agency of the ministry of power has received the gold level certificate,” she said.

Where to invest in Nigeria’s oil and gas industry –…