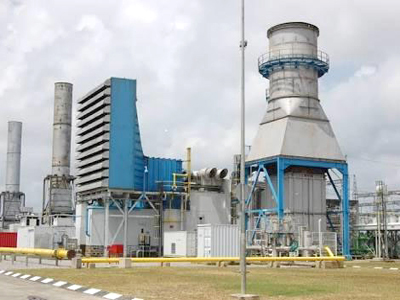 Ibom Power Company is wooing investors for the second phase of its project expected to generate 500mw of electricity located in Ikot Abasi Local Government Area of Akwa Ibom State.

Currently, the plant generates 191mw of power from its first phase while it is able to evacuate about 153mw due to poor energy infrastructure.

Inyanyang, who described poor electricity infrastructure as a major challenge in the provision of uninterrupted power supply, lauded the federation government for its collaboration with Akwa Ibom government in the execution of substations in parts of the state.

He also commended Governor Udom Emmanuel for his vision in turning the state into a major power hub with the inauguration of power projects jointly executed with the federal government while reiterating the commitment of the state government in ensuring a 24-power supply.

“The substation commissioned last year has drastically improved power in Uyo environs, the Ekim substation in Mkpat Enin local government will be completed in the nest one month and the state government is making plans to boost the Ikot -Ekpene substation.

“The Ekim substation will definitely carry the load of about five Local Government Areas and we have discovered that boosting the Ikot Ekpene substation will also help the state to improve power in the surrounding LGAs and so the state government is working on a plan to boost that area too.

“Already, residents of Uyo are enjoying at least 20 hours of power except for areas with problems in their transformer or transmission lines and the vision is for the entire state to enjoy such levels of electricity supply.

“That explains the commitment of the state of Governor Udom Emmanuel in the power sector. You also recall that the Minister of Power, Babatunde Fashola had earlier called him Mr Power because of his efforts in ensuring that the state becomes a power hub in the country,” he explained.

He also said that in a renewed move to improve the quality of service to consumers in Akwa Ibom the new metering company located in ONNA local government area of the state has so far distributed 40,000 pre paid metres to electricity consumers in the state.