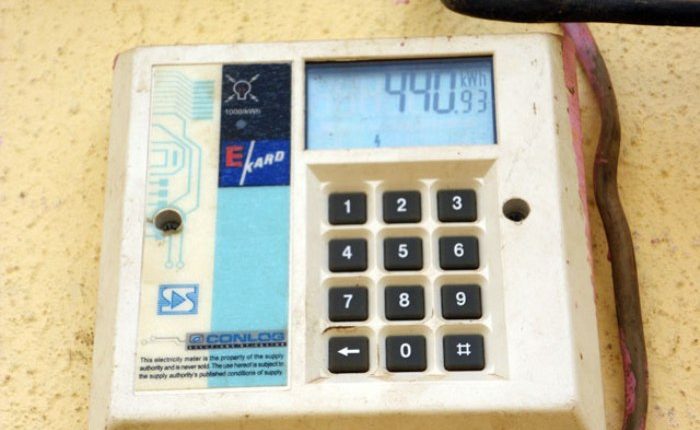 The Federal Government will today, commence the distribution of free meters with the target of getting 30 million consumers.

According to a source from the Presidency, the free meter distribution is said to be in fulfillment of President Muhammadu Buhari’s promise to ensure mass metering in the country and in the process put an end to the problems of estimated billing in the electricity sector.

Key stakeholders to monitor the launch of the distribution include Kaduna, Kano and Lagos State Government representatives, the Senate Committee and House Chair on Power as well as representatives of Organised Labour and Civil Society Organizations, the source further disclosed.

It said the “NMMP is to roll out six million meters for all connections points on grid without meters over the next 18 to 24 months, estimating to impact 30 million consumers nationwide.

“Following Mr President’s directive on mass metering, the Central Bank of Nigeria, on October 18th, approved guidelines for funding the mass metering programme which entailed that all meters under the scheme will be locally sourced, creating thousands of manufacturing jobs through lead manufacturers such as MOMAS, MOJEC and others.”

The source further said that” the launch of the NMMP will be part of a continuous effort where all DisCos will go from location to location across the country with their respective Meter Asset Providers to install meters for all Nigerians.”

When contacted, the Senior Special Assistant to the President on Media and Publicity, Office of the Vice President, Laolu Akande confirmed the story but added that more details will emerge as the distribution progresses across the country.

He added that current efforts by the Federal Government on improving power supply and mass metering was in line with some of the agreements recently reached between the FG and Organised Labour recently.

It will be recalled that President Buhari had committed that Nigerians would be metered prior to the end of his Administration and that estimated billing would be ended. Free distribution of electricity meters was part of the agreement reached between the Federal Government and the organized labour after government increased the electricity tarrif.

Minister of State for Power, Prince Godwin Jedy-Agba had announced that out of the six million meters to be distributed, the government would start with one mission which he said was available and they were expected to be distributed before the end of December this year.