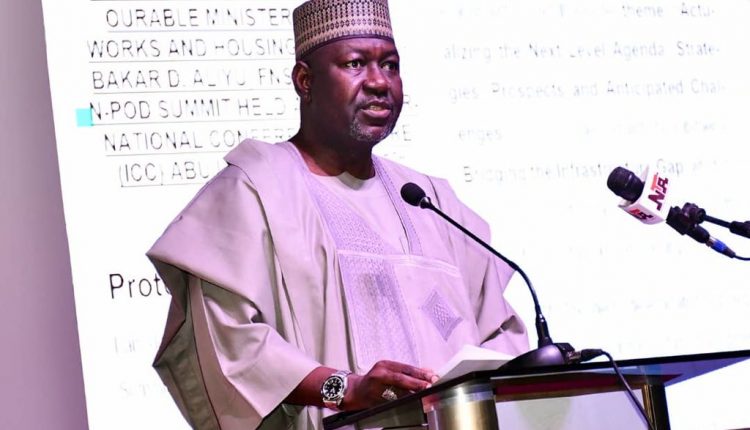 Aliyu until the new development was the Minister of State for Works.
Mr. Sam Amadi, former Chairman, Nigerian Electricity Regulatory Commission (NERC), said that the power ministry needed someone who could manage complexities.
“I hope this new one will do better and beyond managing the sector there is need to review the roadmap and policy framework of power sector
“The power ministry is not a straight forward one; it is not like building roads; it is not like other sectors.
“This is a sector that is managing many stakeholders, managing a complex market that is difficult to grow and regulate,” he said.

On his part, Mr. Dimeji Macaulay, a Human Rights Activist, said that the power sector needed a new minister that could look deeply into the crisis in the sector.
He said, “this isn’t the first time that a minister of power will be sacked. But as things stand the crisis in power sector needs a new minister.
“I will also propose that the new minister should reverse the privatization of power sector. The privatization has failed.
“So far, the privatization of the power sector has been major reason that the crisis remains unsolved.
“The Distribution Companies (DisCos) and Generation Companies (GENCOS) licences should be revoked.
“So, we join Nigerians to demand for renationalisation of the sector under democratic control and management and should include elected representatives of electricity consumers in different communities and workers in the electricity sector.

President Muhammadu Buhari on Wednesday relieved two ministers of their appointments.
The affected former appointees were the former Minister of Agriculture, Alhaji Sabo Nanono, and his Power counterpart, Saleh Mamman.

The Special Adviser to the President (Media & Publicity), Femi Adesina, confirmed the former appointees’ removal on Wednesday in Abuja.
He said the Minister of Environment, Mohammed Abubakar, was redeployed to the Ministry of Agriculture while the Minister of State for Works, Abubakar Aliyu would take over as Minister of Power.