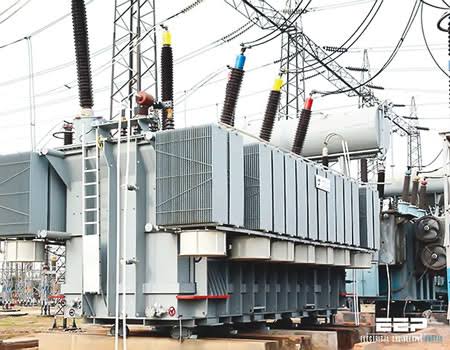 Association of National Electricity Distributors (ANED) said yesterday that the total revenue the distribution companies (Discos) collected nationwide stood at N233.5 billion in the first half of this year as against the N218.4bn collected in the same period last year.

In a document released in Abuja yesterday, the umbrella body of power distribution companies in Nigeria stated that while Discos’ revenue collection in Q1 stood at N114.6 billion, the figure rose to N118.8 billion in Q2.

It informed that Discos collected a total of N453 billion as revenue from consumers between July 2018 and June 2019, compared to the N406 billion paid by consumers from July 2017 to June 2018.

Azikel Petroleum to open 12,000 barrel per day refinery in…

“For this year, most of the Discos have not been able to beat their last year’s records on collection efficiency,” the association said, observing that some of its members showed signs of fatigue during the period in review in their ATC&C performance improvement.

The Ikeja Disco, ANED said, led the losers’ chart in the ATC&C with 26.1% in June, reducing 5.5 points in one year. Jos and Kano discos reduced in the ATC&C losses during the year in review by 11.6 points and 8.6 points respectively.

They alleged however that the energy received from the power generation companies (Gencos) was very inconsistent during Q2, dropping from “a historical new record on April 3, 2019 of 109,370MWh down to a daily average lower than 90,000MWh,”

ANED said that whereas the number of energy consumers in the last two years grew by almost 1.5 million with an average of almost 60,000 new customers per month, due to some delays in the MAP implementation on one side, the small capital expenditure allowance and the lack of access to finance, the number of metered customers remains the same. This situation, the organisation said, explains why the metering penetration has decreased by almost four points down to 41.5%