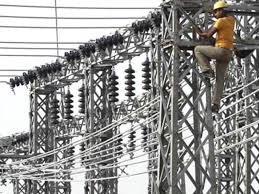 CHALLENGES AND CONSTRAINTS TO ELECTRIC POWER OUTPUT IN NIGERIA

Between January 2 and May 4, a period of about 123 days, and which marked the first quarter of 2018, available statistics on the state of affairs of Nigeria’s electricity industry indicated that two major constraints kept the industry on its toes. Combined with cases of transmission and water management constraints, gas supply shortfalls and distribution limitations, according to data from the Power  Advisory Power Team in the Office of the Vice President, resulted in the loss of about 316,908 megawatts of electricity with the sum total of N152.116 billion in revenue.

Observervation shows from reports rolled out by the advisory team that gas supply constraints were recorded by the sector despite the N701 billion Payment Assurance Guarantee (PAG), which the Nigerian Bulk Electricity Trading Plc (NBET) obtained from the Central Bank of Nigeria (CBN) on the behalf of gas-to-power producers in the country.

The paper also reported that it obtained a government memo on the working details of the N701 billion that indicated that the NBET would ensure constant payments of gas supply invoices of suppliers to generation companies (Gencos) so that they (Gencos) could continue to generate power to the grid.

According to the report, the “NBET entered into an agreement to borrow from the CBN through the Ministry of Finance the sum of up to N701, 936,483,451, only for disbursement over a two-year period and repayable over a 10-year period for the purpose of implementing the payment assurance program that guarantees energy payments for all electricity generation and gas supply companies on the national grid,”

The paper reports that the memo noted that the money which the CBN loaned to the NBET would have to be repaid to it over a period of 10 years by the NBET, and that with it, gas supplies to the Gencos would be firm and stable. The recorded constraints in Q1 however do not suggest this has happened.

The report said, “obviously aware of these challenges, the new chairman of the Nigerian Electricity Regulatory Commission (NERC), Prof. James Momoh, who was last week inaugurated by the Minister of Power, Works and Housing, Mr. Babatunde Fashola, in Abuja, indicated the regulator would going forward, adopt fresh approach to solving the challenges of the sector.”

Momoh, had explained that he understood the challenges of the sector, and would look to use some scientific approaches to getting them solved. Saying “I brought with me, the knowledge, experience that I have, wisdom about power engineering and of course, ability to work in teams, and to address quick wins – what can we do with respect to what we heard about estimated metering, how do we make sure that we get enough data so that customers are also convinced to pay for the power they use based on what we provide,”

THE CASE FOR NUCLEAR POWER PLANTS IN NIGERIA