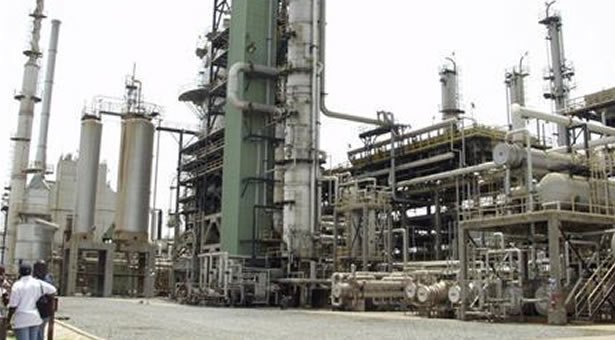 Warri Refinery shut down due to technical issues

The Warri refinery which has an installed capacity of 125,000 barrels per stream day (bpsd), has been shut down due to some technical faults.

This was disclosed by Anibor Kragha, the Chief Operating Officer of refineries at the Nigerian National Petroleum Corporation (NNPC) on Wednesday in Abuja.

He said the closure was as a result of power challenges caused by the failure of gas turbine generators, but the corporation is working to see that the issue was addressed.

“The only refinery that is having some issues is the one in Warri, because we have a bit of a power challenge and we are working very hard with General Electric, GE, to address that,” he said.

According to the COO, aside Warri, the two other refineries; Port Harcourt and Kaduna are operating below their installed capacities of 210,000 bpsd and 110,000 bpsd respectively. The two refineries are producing about 5 million litres of Automotive Gasoline Oil (AGO), Premium Motor Spirit (PMS) as well as Kerosene.

The three refineries in Warri, Kaduna and Port Harcourt had skeletal operations last year, performing below 15%. This was due to pipeline vandalism in the Niger Delta region paired with the ongoing renovation of refineries.