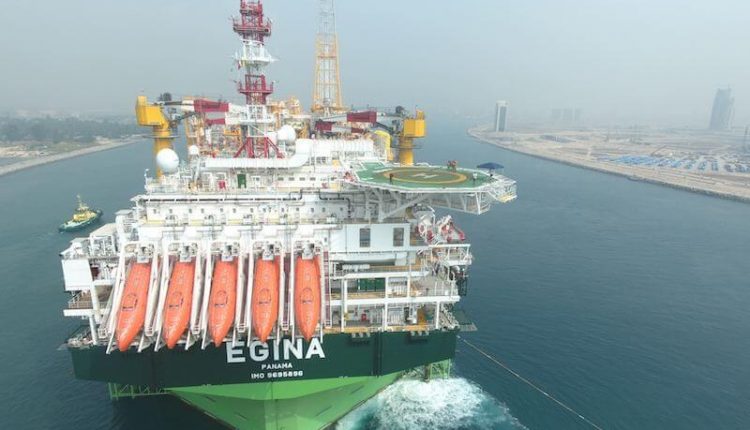 Unnamed trading sources have been quoted as marking Nigeria’s newest crude, Egina, as one of the country’s flagship main export crudes in less than two years, as refiners prize its versatility and reliability, Platts has reported.

Since the 200,000 b/d Egina deepwater field came on stream in late December 2018, providing a near 10% boost to Nigerian crude production, the grade has proved very popular among global refiners due to its high distillate yields, and has consistently been among the most expensive crudes in West Africa and the Atlantic Basin, the report said.

Also since Egina became an export product, February 2019, the grade has traveled to 23 countries, according to data intelligence firm Kpler, showing how broad its customer base already is. France, Italy, the Netherlands, India, Singapore and Israel have been among the grade’s main customers.

China has also been a regular buyer, which is a good sign for the grade. China does not take much Nigerian crude but since the start-up of Egina, the world’s largest crude importer has been buying much more, which bodes well for Africa’s largest oil producer, Platts said.

Egina exports have averaged 161,000 b/d so far this year, Kpler data showed, from 162,000 b/d in 2019. Crude from the field is exported via the Egina floating production, storage and offloading vessel, which has an oil processing capacity of 208,000 b/d and a storage capacity of 2.3 million barrels.

The $16 billion deepwater project is the biggest oil and gas investment in Nigeria.
“As a relatively new offshore FPSO [Egina] should be intrinsically reasonably reliable,” a West African crude trader said.

“I think the value in Egina [in normal times] comes more from its high gasoil cut on distillation. But it shouldn’t be commanding the same kind of premiums as it usually does,” the trader said.
The report further stated that Azeri Light [and other such grades] are in the same boat at the moment.

Most Nigerian crudes like Quai Iboe and Forcados are light and sweet, (below 0.6 % sulfur) and boast a high gasoline and distillate mix (with a specific gravity of over 34 API). But Egina is a little different from the rest of other Nigerian crudes.

Egina is sweet (0.17% sulphur), but it is a medium grade (27.30 API), which means it has a very strong gasoil and diesel content. This is why the crude proved very popular on the lead up to the International Maritime Organization’s sulfur cap that came into place on January 1, Platts observed.

Prices of this crude like many other grades have however swiveled dramatically in the past year as the coronavirus pandemic thwarted oil demand, especially for crudes rich in distillates like diesel, jet fuel and gasoil, the report said.

Nigeria’s Egina in fact outperformed other medium sweet grades ahead of IMO 2020 but prices came back to earth in 2020 as buyers fell out of love with such grades due to the sharp fall in distillate cracks.

Egina values reached a record high of Dated Brent plus $4.90/b on December 17 but a few months later amid the peak of the pandemic, it was trading at a discount of $5.05/b.
Prices have recovered since then but with diesel remaining oversupplied, differentials are still under pressure. Egina was at a premium of $0.05/b to Dated Brent on Oct. 1, according to Platts data.

Nigerian crude oil and condensate production has averaged around 1.70 million b/d since OPEC+ began its cuts in May, from 2 million b/d last year, according to Platts OPEC Survey data.