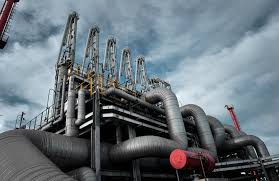 Oil and Gas companies Total and ExxonMobil have idled workers at the troubled Papua New Guinea LNG expansion project due to the COVID-19 pandemic, project partner Oil Search said in its earnings statement.

What does Oil Search do?

Oil Search is a Papua New Guinean based company involved in the exploration of Oil and Gas.
It was founded in 1929 and is publicly listed in the Port Moresby and Australian Stock Exchanges with a market capitalization of about US$12 billion.

The gas project which is championed by ExxonMobil is aimed at realising the potential of three large gas discoveries in the southern and western highlands of the country. The integrated project includes gas production, processing and liquefaction facilities, as well as offshore and onshore pipelines.

The lower staffing is part of a reduction in Oil Search’s global workforce of around 34% by year end as part of its restructuring and cost cuts. This signals further complications at the project that has already been delayed due to disagreements between the new Papua New Guinea government and the project partners.

“Due to COVID-19 and its impact on oil and gas prices, Total and ExxonMobil have demobilized the majority of their LNG expansion technical and commercial staff,”

Oil Search said that it was maintaining its 2020 investment expenditure guidance of $440 million-$530 million, of which the LNG expansion activities in PNG are part of.

ExxonMobil and the government of PNG had suspended negotiations around a key project component, the P’nyang Gas Agreement, in January as they couldn’t reconcile over production sharing. The parties conducted informal exploratory discussions that were completed in May when the parties re-engaged in negotiations, Oil Search said.

But the pandemic has generally stalled project work across Australia’s oil and gas sector, and Oil Search said it is undertaking a strategic review whose outcome will be announced in the fourth quarter of 2020.

RBC Capital Markets analyst Gordon Ramsay that Oil Search benefited in terms of pricing during the April-June quarter by a comparatively lesser exposure to spot LNG prices. “LNG pricing was significantly stronger than what Woodside reported last week,” he said.

He said this was due to Oil Search’s proportion of spot sales to overall volumes being 22% compared to Woodside’s 46%.

Oil Search reported its average realized LNG and gas price of $7.34/MMBtu in the April-June quarter, which was down from $9.30/MMBtu in the same period last year and $9.08/MMBtu in the January-March period.

Ramsay said this fell slightly below RBC’s estimate of around $7.80/MMBtu, which reflected a two to three month lag reported by Oil Search on its LNG pricing.

The company also increased its PNG LNG production guidance for 2020 to 24.5 million-25.5 million barrels of oil equivalent, up from a previously expected 24 million-25 million boe. The increase was due to a strong first half production resulting from a decision to defer maintenance to 2021, which had previously been scheduled for May.

Oil Search reported the company’s net production from PNG LNG at 6.4 million boe for the June quarter, up from 6.16 million boe a year earlier and from 6.35 million boe in the January-March quarter. That represents an annualized rate of 8.8 million mt/year.