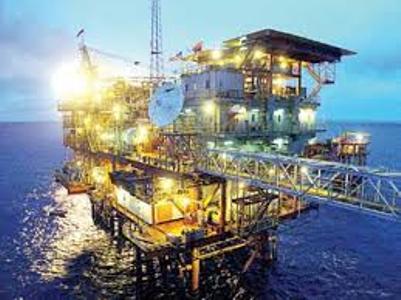 Ogbele marginal field, located in oil mining lease (OML) 54, in Rivers State, is Nigeria’s first marginal fields to produce oil and gas in 2005. It is also the first Nigerian oilfield to have a functional modular refinery, though refining a marginal 1000 barrels per day.

The field’s cumulative production in the past 15 years recently reached 19 million barrels of crude and 90 billion standard cubic feet (bscf) of gas.

According to Wood Mackenzie, Ogbele marginal field is an onshore asset in eastern delta. It was carved out from oil mining lease (OML) 54 operated by Chevron Nigeria Limited (CNL). It was the first marginal field to be awarded to an indigenous company, the Niger Delta Exploration & Production Plc (NDEP).

The company achieved first oil production from Ogbele marginal field on August 28th 2005, and has produced crude oil from more than 10 wells it had drilled.

Since the first production of crude oil in 2005, NDEP has recovered over 19 million barrels of crude, and over 90 billion standard cubic feet (Bscf) of gas.

The company has also evolved into an integrated energy company with interests in various aspects of Nigeria’s oil and gas value chain, eyeing business operations and opportunities in other African countries including South Sudan.

Despite the low oil output from the field, NDEP has carried out several projects in its five host communities of Ogbele, Oshiugbokor, Obumeze, Otari, Rumuekpe and Omaraka.

As at 2019, NDEP had invested over N1.9 billion in the five host communities through road construction, rural electrification, construction of school buildings and town halls and medical facilities.

This was achieved through the establishment of a Community Development Trust in 2006, which is funded through a dedicated five per cent of its net profit specifically for corporate social investment in the host communities.

The Department of Petroleum Resources (DPR), the oil and gas industry regulator had in April revoked licences of 11 marginal fields that were unable to begin production due funding and other challenges.

NDEP last month celebrated its 15th anniversary of achieving first oil from its Ogbele marginal field.  The anniversary, which held virtually, had about 150 participants including former and present directors, staff, and community stakeholders of the Company.

The participants reminisced about the early years of the Company’s operations and the events leading to attainment of first oil production from field.

The Managing Director of NDEP, Dr. ‘Layi Fatona, recounted the considerable challenges encountered by the Company in its quest to pioneer indigenous Upstream activities in Nigeria. He recognised the ultimate success as a result of the collective support and tireless efforts of its various stakeholders.

“It is a milestone I am proud of, such as we achieved together as a company. We did not get here by chance. We got here because we believed it could be done. We shared the common dream that first an indigenous oil company was possible. Next, we put in much work to make it happen,” he said.

A former Chairman of the Board of Directors of the Company, Ogbueshi Ben Osuno, recalled some of the key challenges NDEP faced at the inception of operations which included securing Presidential approval to operate the field, attracting investors to fund the field development project as well as” getting a drilling company to work with us even after agreeing to pay a higher sum for the job.”

He said NDEP “is seen as a major accomplishment because we have grown from being a single well company into a crude oil and gas producing, processing, refining and exporting company.”

Another former Chairman of the Company Board of Directors, Mr. Goodie Ibru, congratulated the current Chairman of the Board of NDEP, Mr. Ladi Jadesimi, the managing director and the other directors, management and staff for its successes to date.

“The remarkable thing about NDEP is that it is not just producing crude oil and exporting, it is adding value to the Nigerian economy. It has become an integrated oil and gas company. It has a mini refinery; it has a gas plant, and this translates to the creation of job opportunities for the youths.

“It’s doing a lot to create opportunities for young people, creating wealth and also keeping part of the wealth within the country instead of just sending crude oil abroad and importing refined products,” Ibru said.

Commending the company for their contributions towards the development of its host communities, a community leader, Dr. Kipoye Gogo from Otari Host Community, said three key factors were responsible for the harmonious relationship NDEP had enjoyed with its host communities – fulfilled promises by the Company, commitment to agreements and accessibility.

Another Community leader, Mr. Napoleon Ukalikpe, said: “NDPR employs our youths in Ogbele community, they have built schools, sank boreholes and provided electricity to our communities and they are still doing more as we speak.”

The participants extolled the former Group Managing Director of the Nigerian National Petroleum Corporation (NNPC), the late Chief Aret Adams, in the founding and successful take-off of the NDEP.