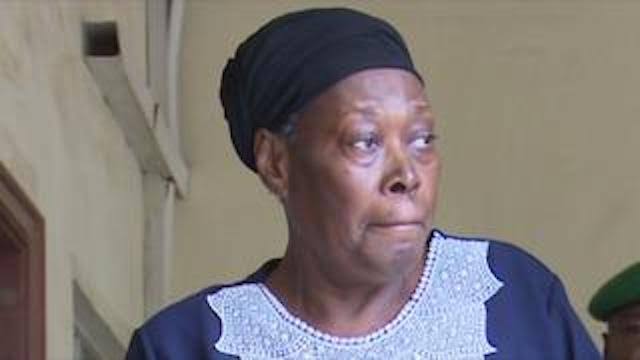 The trending, yet controversial $9.6 billion fine against Nigeria in the famed gas supply contract between the Ministry of Petroleum Resources and an Irish firm, Process and Industrial Development (P&ID), last Friday, got former director of legal services in the ministry of petroleum resources, Mrs Grace Taiga, to the dock.

An order for her to be remanded in prison was secured at the Federal Capital Territory (FCT), barely 24 hours after the conviction of the P&ID by the Abuja Division of the Federal High Court, Abuja on economic sabotage, money laundering and tax evasion amongst others.

Nigeria’s anti-graft agency, the Economic and Financial Crimes Commission (EFCC), had slammed an eight-count charge bordering on criminal breach of trust and gratification among others. She was specifically accused of signing the said agreement without obtaining approval of the Federal Executive Council (FEC) as required by law.

Taiga, however, denied the charges and pleaded not guilty. Following her plea, the EFCC counsel, Bala Sanga, asked that she be remanded in prison custody pending the commencement of trial. Sanga, in addition, asked for an adjournment to enable the prosecution call its witnesses to prove the charge against the defendant.

A bail (oral) application by her lawyer, Ola Olanipekun (SAN), was turned down by the court. The request for her to be detained at the EFCC facility was equally turned down by the court following the objection of the EFCC counsel. Trial judge, Justice Olukayode Adeniyi, ordered that former director of legal services be remanded in Suleja prison pending the hearing and determination of the bail application.

Olanipekun had pleaded that the oral application for bail be taken on account of the failing health of Taiga. The defendant was said to be suffering from multiple health conditions including, diabetes, high blood pressure, kidney diseases among others.   Taiga, who was said to have been on the sick Bay of the EFCC, had reportedly collapsed on her way to court on Friday. The matter has been adjourned till September 25 for the hearing of her bail application.

Nigeria received a legal hiding after a UK court awarded P&ID the $9.6 billion judgment debt. The ruling has generated significant attention in both domestic and international media. The international uproar comes against the calculation that sum amounts to 20% of Nigeria’s foreign reserves. The payment, observers say, poses a significant threat to its economy.

On Jan. 11 2010, P&ID signed a contract with the Nigerian government. In the contract, Nigeria was said to have agreed that, over a 20-year period, it would supply natural gas (wet gas) to P&ID’s production facility. In return, P&ID would process the wet gas by removing natural gas liquids and return approximately 85% of it to the government in the form of lean gas.

Based on this agreement, Nigeria was supposed to arrange for the supply of wet gas to P&ID’s gas processing facility which it intended to build in the country’s Cross Rivers State. Nigeria was said to have failed to do this for three years.

P&ID viewed this failure as a repudiation of the contract.

Consequently, in March 2013, P&ID began an arbitration action against the government before a London tribunal. Clause 20 of the agreement, provided that any disputes were to be resolved by arbitration with the seat of arbitration being London, England or any other place agreed by the parties.

At the tribunal, P&ID claimed that it had invested $40 million in the project even though it had not acquired the land or built any facilities for gas processing. It claimed damages of about $6.6 billion dollars: the amount of the net income it would have earned over the 20-year period of the agreement.

Nigeria argued that the damages claimed were not a fair and reasonable consequence of the government’s breach of the agreement. This is because P&ID never commenced building the gas processing facility. It also argued that P&ID should be awarded only three years’ worth of income by that time, the company should have found some other profitable investment which would reduce its losses from the breach.

Similarly, the government objected to the measure of estimated expenses and income stream which P&ID used to calculate its damages claim.