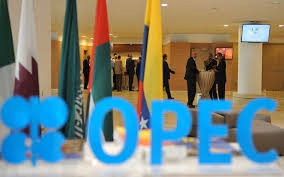 Analysts are raising concern for a possible oil price war if the non-compliance by some Organisation of Petroleum Countries (OPEC) members, such as Nigeria and Iraq persists.

One of the analysts, Director School of Energy Economics, Policy and Commerce, University of Tulsa’s Collins College of Business, Tom Seng, was quoted by The Nation alleging that Nigeria is exporting more than its OPEC quota, and that that Saudi Arabia was in talks with the country to secure compliance.

“Nigeria continues to export more than what their OPEC curtailment level is supposed to be, as reported by tanker-watchers. Saudi Arabia is in talks with the country to get them to agree to get in line and make up for the non-compliance so far.

“The Saudis have even threatened a price war if Nigeria and others, such Angola and Iraq, continue to fail to comply with the cartel’s agreed-upon curtailments. West Texas Intermediate managed to close out the week above $40, the highest level since early March,” he told Rigzone news agency in an interview.

“This week’s EIA Weekly Petroleum Status Report showed a decidedly bullish inventory decrease of 7.2 million barrels for last week vs. Analysts’ forecasts for a decline of a mere 100,000 barrels. It was the first decline in several weeks and has brought the level down from its record high of about 540 million barrels. The American Petroleum Institute (API) had reported a large, 8.2 million-barrel decrease – closer in-line with the government’s report.

“However, total motor gasoline stocks increased by 1.2 million barrels while distillates fell 600,000 barrels. And, although it increased, refinery utilisation at 75.5% is still low for what would normally be the case during the summer driving season.

“Natural gas inventories increased last week by 65 billion cubic feet (Bcf), the actual five-year average for this time of year. Analysts had forecasted a build of 79 Bcf but total gas stored still remains at 18 per cent above the five-year average and 30 per cent over last year’s level at this time,” Seng was further quoted in the interview.

Another analyst, Senior Energy Services and Equipment Analyst in Equity Research, B. Riley FBR, Inc, Tom Curran, said since June 1, operators in certain dry shale gas areas have been restarting idled compression units, some of which had been placed on standby status.