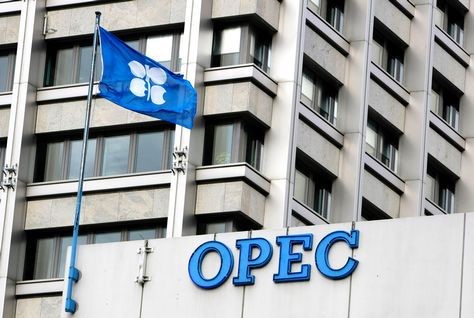 …Extending the curbs at agreed volumes is to reduce global inventories

Ahead of the meeting of the Organisation of Petroleum Exporting Countries (OPEC) on May 25th, the price of the international benchmark crude, Brent, shot up two percent on Monday.

The Brent is currently trading at $52.05 a barrel while U.S. West Texas Intermediate added as much as 1.8 percent to $48.70 a barrel on the New York Mercantile Exchange, the highest since 2nd of May.

This was after the two largest oil producers, Saudi Arabia and Russia both said the subsisting crude production cut would be extended from the middle of this year until March 2018.

According to Bloomberg, the two world biggest energy ministers, Khalid Al-Falih of Saudi Arabia and Alexander Novak of Russia, who made this assertion in a joint press conference in Beijing on Monday, noted that extending the curbs at already agreed-upon volumes is needed to reach the goal of reducing global inventories to the 5-year average.

“The agreement needs to be extended as we will not reach the desired inventory level by end of June. Therefore we came to the conclusion that ending will probably be better by the end of first quarter 2018,” the joint statement said.

“While the curbs by the producers are working, we are not where we want to be on the initial goal of bringing global inventories down “gently” below the 5-year average,” Al-Falih said.

“We have, before coming to this announcement today, reached out to many of our colleagues within and outside OPEC, and I think there is general consensus that this is the right approach and the right thing to do,” Al Falih added.

It would be recalled that Saudi Arabia and Kuwait that agreed to a deal to cut production for six months starting in January are reaffirming their commitment to the deal amid growing doubts about its effectiveness.

Surging US production has also raised concern that OPEC and its partners are failing to reduce an oversupply. Oil has surrendered most of its gains since their deal late last year.

However, despite their boosting supplies, it’s still unclear whether Nigeria and Libya would still be exempted if OPEC agreed to prolong the deal. According to the latest OPEC Monthly report for May, Libya’s crude production has risen to more than 800,000 barrels a day as fields restart, while Nigeria’s 200,000 barrel-a-day Forcados oil pipeline is ready to export again after being shut down almost continuously since February 2016.