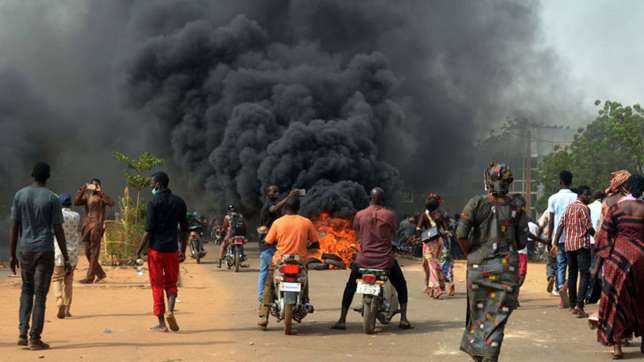 National Oil Spills Detection and Response Agency (NOSDRA) says it has commenced investigations into the possible cause of an explosion at Nembe Creek Oilfields within OML 29 operated by Aiteo Eastern Exploration.

An explosion from an oil well within the oil block on March 1, ignited a fire which Aiteo officials said was put off on March 2.

It will be recalled that an official each of NOSDRA, Bayelsa Ministry of Environment and 11 others, in 2016, died from a pipeline explosion during a Joint Investigative Visit at Agip’s oilfield in Southern Ijaw Local Government of Bayelsa.

NOSDRA Director-General, Dr Peter Idabor, who told our correspondent in a telephone interview on Wednesday that a Joint Investigative Visit (JIV) had been scheduled for today.

But Idabor explained that the JIV, a statutory probe of leak incidents in the oil and gas sector would determine the cause of the explosion, volume of oil leakage as well as assess damage to the environment.

He said that a JIV report signed by representatives of the community, NOSDRA, Bayelsa government and the oil firm who participated in the investigation was expected at the end of the probe.

The D-G explained that NOSDRA was monitoring the situation to ensure that the site was safe ahead of the commencement of investigations.

“Safety is a top priority in the sector; we were monitoring developments to ensure that another explosion doesn’t go off; so we have got assurances from the oil company that the place is safe.

“A JIV has been scheduled for today and our intention is to assess the situation and find out what happened,” Idabor said.

Shell Petroleum Development Company (SPDC), in 2015, divested its equity in OML 29 and transferred its interest for $1.7 bn to Aiteo, an indigenous Oil and Gas Exploration and Production firm.

However, a statement signed by Management of the oil firm made available on Mach 2, confirmed that there was no human casualty.

Aiteo pledged that investigation into the incident was a priority.

“On 2 March 2019, a suspected explosion occurred within the vicinity of Nembe Creek Well 7, behind Mile 1 Community in Bayelsa State, which is not too far from Nembe field logistics base.

“Despite initial challenges, our operations team was able to access the well head area when the fire had completely died down on early hours of 2, March.

“Preliminary investigations confirm that there were no fatalities; human incidents or damage to community property. All the wells and facilities in the immediate vicinity have been inspected and secured.

“Full investigations to determine the cause of the fire and in particular, to determine whether this may have been caused by a third-party infraction, remain ongoing.

“These investigations are being pursued with the utmost urgency and are have been given the highest priority.