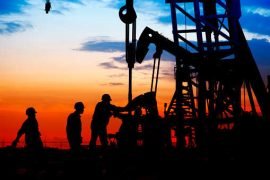 Norway’s ship-owners and two oil unions said they planned no compromise talks to end a five-day strike over wages and pension benefits before a planned escalation of the stoppage from Monday.

Hundreds of workers on Norwegian offshore oil and gas rigs went on strike on Tuesday after rejecting a proposed wage deal, closing Shell’s Knarr field, which produces 23,900 barrels of oil equivalent per day.

One of the unions, Safe, plans to escalate actions from Monday (Sunday 2200 GMT) and send 901 more workers on strike. The stoppage will have no immediate extra impact on oil and gas output.

The Norwegian Ship-owners’ Association said it planned no contact to resolve the strike before the deadline and was considering countermeasures instead.

“A middle way is not a solution. Our position is unchanged. I don’t think that there will be any contact during the weekend,” the Ship-owners’ Association chief negotiator Jakob Korsgaard told Reuters.

The Safe union also told Reuters on Saturday that it expected no contact before the planned escalation.

The employees who will join the action work on exploration and production drilling rigs owned by Saipem, Transocean, Songa Offshore, Odfjell Drilling, Archer and COSL, among others.

Phillips & Temro to Feature its Line of Arctic Fox

Chief executive John Lechner of Archer, from which more than 100 workers plan to strike, hitting drilling operations and possibly future output from Aker BP’s wells in Valhall field, also said he did not know of any efforts to resolve the standoff.

The employers, who say workers already have fair wages, are considering countermeasures if the strike doesn’t end soon.

“Obviously a conflict like this cannot go on for ever. All counter-measures are considered,” said Korsgaard, without giving details.

In 2012, employers threatened to shut down all oil and gas operations in Norway after a weeks-long strike choked off 13 percent of the country’s output.

In that strike, the government ordered offshore workers back to work to avoid a total shutdown, invoking laws that allow it to end strikes that threaten big economic damage.

“The government has that measure if they find it relevant,” said Korsgaard.