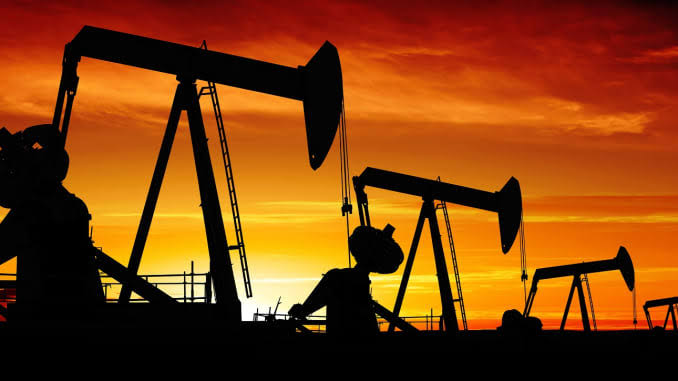 The Nigerian National Petroleum Corporation (NNPC) has revealed that Nigeria spent a total of N1.96 trillion in 2019 on oil and gas assets developed through joint ventures. The joint venture partners are usually private firms, and mostly international oil companies (IOCs). The state oil corporation represents Nigeria’s interests in the JVs.

A data released by the Corporation on Monday, showed that the federal government generated N3.05 trillion from the sale of crude oil and gas in 2019, out of which N1.96 trillion was transferred into the joint venture cash call account while the balance of N1.09 trillion went into the Federation Account.

The JVs accounted for 32.07% of the average daily production of 1.98 million barrels recorded in November 2019 while the PSCs contributed 41.91%, according to the NNPC data. The NNPC lifts and markets Nigeria’s crude oil and gas, classified into equity export and domestic, whereas the proceeds are remitted into Nigeria’s Federation Account.

The equity export receipts, after adjusting for the JV cash calls, are paid directly into the Federation Account domiciled in the Central Bank of Nigeria (CBN). Domestic crude oil of 445,000 barrels per day is usually allocated for refining to meet domestic products supply.

Nigerian National Petroleum Corporation owns 55% of the JV operated by Shell, and 60% of all the others. Under the JV arrangement, both the NNPC and the private operators contribute to the funding of operations in the proportion of their equity holdings and generally receive the produced crude oil in the same ratio.

The NNPC is expected to make payments the Federation Account after removing costs incurred in crude and product losses, pipeline repairs, management and other losses. Nigeria’s oil and gas production structure is mainly split between the JV (onshore and in shallow waters) with foreign and local firms, and Production Sharing Contracts in deepwater offshore. However, the report indicated that production from the JV assets has declined over the past few years, partly due to funding constraints occasioned by the NNPC’s inability to fulfil its cash call obligations as and when due.

In March 2019, the Federal Government announced plans to cut its stakes in the JV assets to 40% in a restructuring programme expected to be completed last year. The then Minister of Budget and National Planning, Senator Udo Udoma, said the government would intensify efforts to improve its finances with the “immediate commencement of the restructuring of the joint venture oil assets so as to reduce government shareholding to 40%.”

The 2019 approved budget presentation showed that N710 billion was expected to be generated from the oil assets ownership restructuring in the 2018 budget but it was not achieved in both years. Nigeria did not include the sale of the JV oil asset stakes as a source of expected revenue in the 2020 budget, the highlights presented by the Minister of Finance, Budget and National Planning, Mrs Zainab Ahmed, showed.