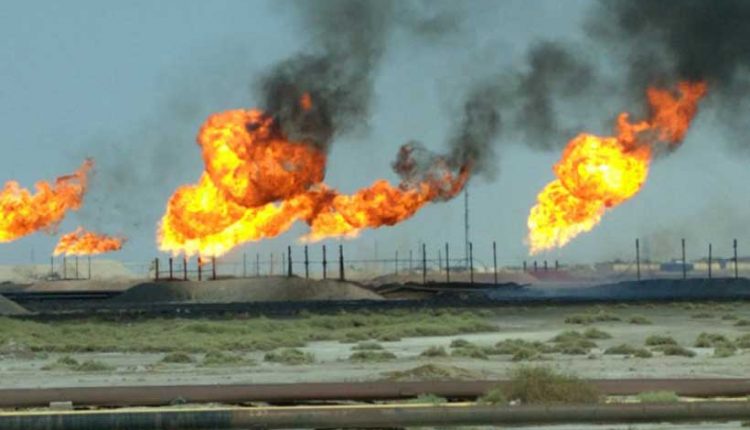 In the gas flare tracker published by the National Oil Spill Detection and Response Agency (NOSDRA), majority of the flares were from onshore oil and gas sites, which accounted for 60.95% of total gas flared, while offshore sites accounted for 39.05% of the total.

In addition to the N281 billion loss, the report said the fine accruable to the country from the flaring of 222.8 billion SCF of gas stood at N160.45 billion, an equivalent of $445.7 million.
Furthermore, the report further stated that the volume of gas flared in the six-month period is an equivalent of 11.8 million tonnes of carbon dioxide (CO2) emissions, and is capable of generating 22,300 Gigawatts-Hour (GWH) of electricity.

On the other hand, the report stated that the 87 billion SCF of gas flared offshore between January and June 2020, cost the country a loss of N109.58billion or $304.4 million, in revenues; would lead to a penalty of N62.64 million or $174 million; CO2 emissions of 4.6 million tonnes and an equivalent of 8,700 GWH of electricity.

Specifically, it disclosed that 52.2 billion SCF of gas was flared by the oil and gas companies operating in Delta state, translating to CO2 emissions of 2.8 million tones and an equivalent of 5,200 GWH of electricity. The volume of gas flared in the state is valued at $182.6 million and would fetch the companies, penalties of $104.4 million.

XOCEAN Out to Transform the Way Subsea Data is Collected