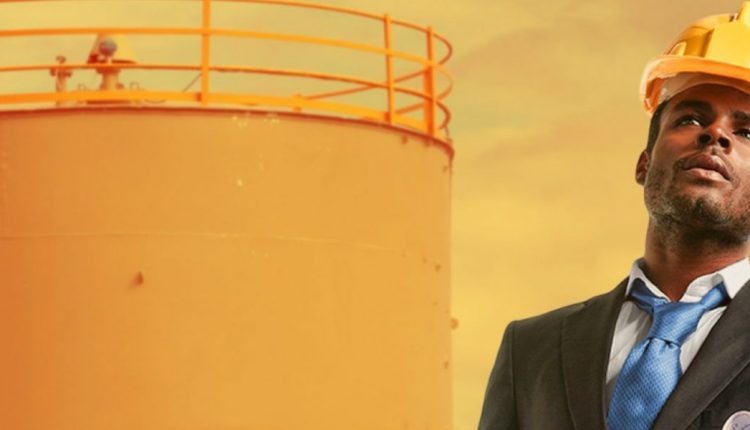 The absence of fiscal policy will continue to retard investments flow in Nigeria’s oil and gas industry, such that attainment of 40 billion crude oil reserve will not be realised, the Nigerian Association of Petroleum Explorationists, NAPE, has said.

The counter-statement from the group comes following Group Managing Director of Nigerian National Petroleum Corporation, NNPC, Maikanti Baru who recently said the corporation would increase the country’s crude oil reserves by one billion barrels yearly to attain 40 billion barrel by 2020.

While addressing the media on it upcoming conference Annual International Conference and Exhibition, in Lagos on Tuesday, president of NAPE, Andrew Ejayeriese, said it is not possible to achieve that dream because existing Petroleum law is not attractive to investors and does not guarantee a return on investments in deepwater explanations.

Ejayeriese said the law was made when exploration centred on shallow and onshore campaigns but activities are now shifting to deep offshore exploration but new investments are currently stalled.

According to him, the Petroleum Industry Bill, PIB, which has been at the National Assembly for the past 18 years has remained a challenge and no additional volume is being added to existing production.

Baru had given the assurance during his keynote address titled: “Driving Nigeria’s oil and gas Industry towards Sustained Economic Development and Growth,” at the 17th edition of the Nigerian Oil and Gas conference in Abuja this year.

The NAPE president who challenged that assertion said as technical petroleum professionals, there is no possibility to that aspiration with present policy regime and that is why the conference billed to hold from November 18-22, 2018 in Lagos would deliberate on major critical issues in a quest to address the challenges in the Nigerian Energy industry.

“Oil and Gas will continue to be a commodity characterized by peaks and troughs. The cyclicality of the industry is not a new phenomenon. Stability in oil prices is critical in order to achieve high economic growth.

The global energy market is getting increasingly more complex; with the low oil price regime, hydrocarbon exploration and exploitation are no longer as profitable it was prior to the price decline in 2015”. he said.

According to him, While global demand for reliable and affordable energy will continue to rise in the foreseeable future, the world is moving toward a low carbon era. Consequently, oil and gas companies will find it expedient to review long-term strategies and innovate, recognising the possibility that oil is on the brink of suffering a fate similar to coal.

The president observed that although the global economy continues to recover, growth has been slower than anticipated, as oil price fluctuations are strong determinants of the inflation rate and unemployment levels which in turn impact the growth rate of a nation’s economy.

Ejayeriese stressed that for most developing countries, like Nigeria, oil accounts for a large proportion of gross domestic product, GDP expenditures in energy production and the country relies on crude sales to make up 70 percent of its revenue.

He pointed out that significant hikes in energy prices will lead to an appreciable rise in production, transportation and sundry costs for many allied industries, and that in emerging economies, the challenges are similar, including uncertainty in regulatory frameworks, poor physical infrastructure, lack of skilled resources, corruption and poor ethics.

For Nigeria, he reasoned that there is no better time than the present to begin to envision an era beyond oil, asserting that, “Now is the opportunity for oil and gas companies to reinvent themselves”.

He said that against the backdrop of low oil price, dwindling oil revenue, there have been strident calls for the nation to diversify her economy from the monolithic economy and absolute dependence on oil into other areas to sustain the nation in terms of revenue generation.

Though he noted that successive administrations have enunciated economic policies and strategies on how to diversify the nation’s economy from oil to other sectors like agriculture, mining and tourism, unfortunately, the Nigerian economy has not diversified at the anticipated rate.

Although significant achievements have been recorded in the management of Nigeria’s oil and gas resources compared to recent past, NAPE, he said believes that to build a more diversified and more resilient economy, governments plan must include finding and enhancing new opportunities and prudently allocating its revenue which comes mainly from oil and gas to the development of other key sectors of the economy.

“Government must offer oil and gas investors an attractive environment by reforming the regulatory, fiscal and licensing systems.

Knowing that the sustainability of the industry will be affected by a number of drivers including the price of oil, impact of renewable and alternative energy sources, emergence of new competition and legislative frameworks, oil and gas companies will need to look beyond new discoveries, and pursue improved efficiencies and operational excellence and innovation”, he counselled.

He said the conference with the theme ‘Evolving Strategies for a Sustainable Business in a Fluctuating Oil Price Regime’ will throw its searchlight on survival strategies for petroleum exploration and exploitation in a challenging environment and also examine the effectiveness in the existing policies to drive growth in the oil and gas industry so as to come up with initiatives for the development of roadmaps and new policy initiatives.