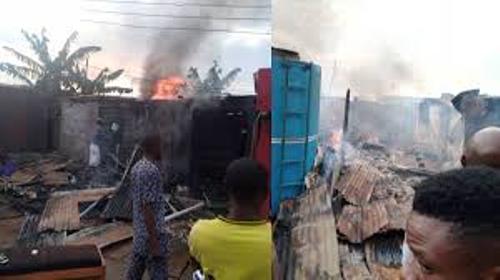 The Director General of LASEMA, Dr Olufemi Oke-Osanyintolu who confirmed this said that emergency responders were promptly mobilised to the explosion site.

Orient Energy Review reports that a similar incident which occurred at Iju, in Ifako Ijaiye Local Government Area of the state on September 24 led to 44 persons sustaining various degrees of injuries while 26 vehicles and 36 houses were damaged.

The LASEMA boss said the unfortunate incident which occurred about 6am on Thursday at Candos Road, Baruwa, Ipaja-Ayobo, Old Alimosho Local Government Area of Lagos State was due to the carelessness on the part of the gas station operators.

A Liquefied Petroleum Gas (LPG) tanker was in the process of discharging at the Best Roof Gas Plant when the station’s running power generator triggered an explosion that led the destruction of lives and properties worth millions of Naira.

He said, “Unfortunately, the gas station had its generator on and it triggered an explosion. The explosion threw the discharging tanker across the road.

“There are casualties. Five bodies have been recovered but search and recovery will be carried out after the emergency phase.

“Many buildings have been destroyed because the station is located within a densely populated community.”

Oke-Osanyintolu said the inferno was put out by officers of the Lagos State Fire Service. The initial impact assessment by the agency shows as follows: 25 houses – mostly bungalows, 16 lock up shops, 1 private primary school.

Giving the post disaster assessment of the explosion, he said a total number of eight bodies were recovered at the scene while 15 victims suffered major burns and have been transferred to Gbagada General Hospital Burns Unit.

He urged residents to report unwholesome and dangerous practices within their neighbourhoods to relevant agencies.