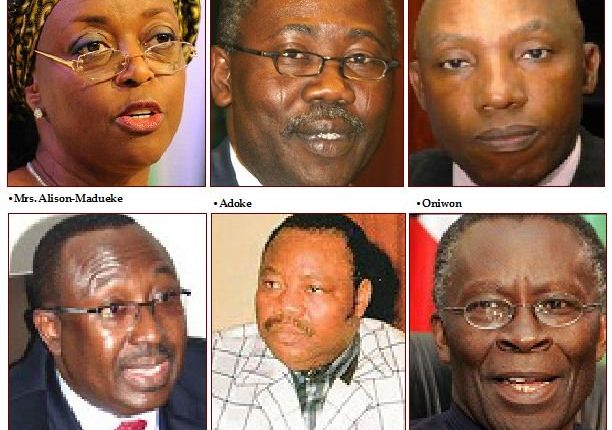 The trial of Abubakar Aliyu, a principal suspect in the controversial Malabu oil scandal before a Milan court in Italy was delayed on Wednesday, March 13. Aliyu is alleged to have acted as a “middleman” for top officials of former President Goodluck Jonathan’s administration in the long-running controversy.

He is being questioned in Italy over his role in what has been described as one of Africa’s most controversial oil deal.

The Malabu scandal involves the transfer of about $1.1 billion by Shell and ENI through the Nigerian government to accounts controlled by a former Nigerian petroleum minister, Dan Etete. From Etete, about half of the money ($520 million) went to accounts of companies controlled by Aliyu, popularly known in Nigeria as the owner of AA oil. The anti-corruption investigators and activists suspect he fronted for top officials of the Goodluck Jonathan administration as well for officials of Shell and ENI.

The transaction was authorised in 2011 by former President Jonathan through some of his cabinet ministers and the money was the payment for OPL 245, one of Nigeria’s richest oil blocks.

During the trial in Italy, the prosecutors announced that an Italian lawyer who claimed to be acting for Aliyu visited them the previous day asking for a new delay. An anti-corruption campaigner who covered the trial, Barnaby Pace of UK Global Witness, however, said that the lawyer was not present at the court on Wednesday morning and no written request was submitted.

But as proceedings commenced, Aliyu confirmed that he received the information regarding the charges against him. He was however reminded he could choose not to answer questions as he could incriminate himself in the process.

Aliyu later asked for a delay in giving his testimony. He was supported by lawyers to some other defendants who claimed that he is an important witness and his new lawyers have not had time to review all the evidence.

NAPE Calls on govt to Build Modular Refineries in the ‘Niger…

In their ruling, the judges noted that given the seriousness and complexity of the charges against Aliyu, a delay should be granted. Given the scope of the charges and evidence against him, his new lawyers were subsequently given time to digest it. The judges will offer a new date for the resumption of the trial.