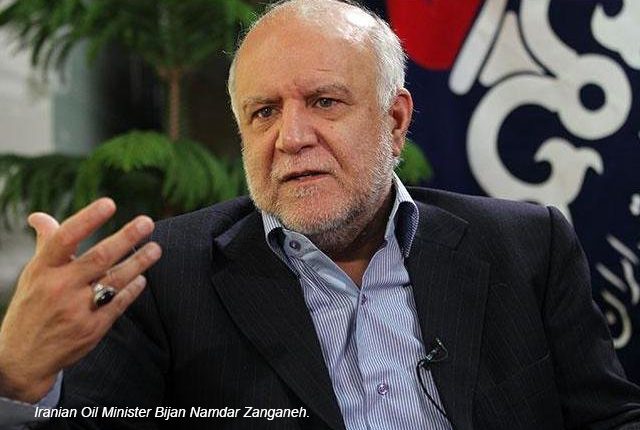 Iranian Oil Minister Bijan Zanganeh said on Saturday that U.S. President Donald Trump’s decision to quit a multinational nuclear deal would not affect Tehran’s oil exports if the EU could salvage the pact.

“Every new decision in OPEC needs unanimity… I believe that if the European Union helps us… the level of the oil exports of Iran will not change,” Zanganeh told reporters after a meeting with the EU’s energy chief Miguel Arias Canete.

Following Trump’s decision on May 8, the U.S. Treasury said Washington would reimpose a wide array of Iran-related sanctions after the expiry of 90- and 180-day wind-down periods, including sanctions aimed at Iran’s oil sector and transactions with its central bank.

The EU wants to salvage the 2015 nuclear deal, which offers the Islamic Republic relief from economic sanctions in exchange for curbs on its nuclear programme. Europe sees the agreement as an important element of international security.

During the last round of sanctions, Iran’s oil supplies fell by around one million barrels per day, but the country re-emerged as a major oil exporter after sanctions were lifted in 2016.

However major European companies, partly wary of the remaining U.S. sanctions on Iran, have been reluctant to do business with Tehran, which needs to attract over $100 billion in foreign investment to boost its crude output.

“I have no doubt that these extraterritorial sanctions from U.S. against Iran will have an impact on (foreign) investment in Iran,” Zanganeh told reporters. “It will not stop us but will reduce the rate of growth.”

Boosting Trade
In the wake of new U.S. sanctions, some buyers of OPEC’s third-largest oil producer said they would seek U.S. waivers to purchase Iranian crude. “Our main customers are in Asia … but we expect to preserve and save this level of exports to Europe and Africa,” he said.

Arias Canete, who is in Tehran for a two-day trip, presented Iranian counterparts with an array of potential measures drafted by the EU this week to mitigate the impact of U.S. sanctions in a bid to bolster moderates around President Hassan Rouhani, who want to keep trade open with the West.

“We want to solve all the problems that are impeding normal trade in oil,” Arias Canete said.

Other measures included renewing a sanctions-blocking measure to protect European businesses in Iran and allowing the European Investment Bank to do business in Iran.

EU investment in Iran, mainly from Germany, France and Italy, has jumped to more than 20 billion euros since 2016, in projects ranging from aerospace to energy.

But some foreign firms have already started signaling their intent to pull back from Iran.

The French energy company Total (TOTF.PA) said on Wednesday it will pull out of a multibillion-dollar gas project in Iran if it cannot secure a waiver from U.S. sanctions. Iran had hailed the contract as a symbol of the accord’s success.

“If Total does not receive U.S. waivers, they will quit and will be replaced by a Chinese company,” Zanganeh said.

French gas and power group Engie (ENGIE.PA), Polish gas firm PGNiG (PGN.WA) and German lender DZ Bank were the latest companies on Friday to say that their business dealings with Iran would be affected by new U.S. sanctions.

Zanganeh said other countries such as Russia and China were keen to fill the vacuum left by the potential exit of European investors.

“The Chinese are very eager. Two big companies SINOPEC and CNPC are our historical partners for Iran. In the biggest fields in Iran they are eager to be involved,” Zanganeh said.