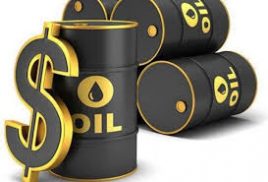 Battered by the effect of COVID-19 on state income and economic growth, as well global oil price drop, Ghana’s budget deficit is being projected to become more than double the initial forecast.

The Finance Minister Ken Ofori-Atta disclosed this last Thursday during a mid-year budget review presentation to lawmakers in Accra, that the shortfall is now seen at 11.4% of gross domestic product compared with a projection of 4.7% at the end of last year.

A report by World Oil said Ghana’s economic growth is now projected at 0.9%, compared with 6.8% forecast in November and 1.5% estimated in March. Prior to the onset of the global pandemic, the West African country was reportedly on track to keep its budget deficit below 5% for a third year, in line with legislation passed in 2018.

The virus has brought an abrupt end to three years of GDP expansion of 6% or more and reversed some of the fiscal gains made under an International Monetary Fund program that ended in April 2019, Ghana’s 16th bailout plan from the Washington-based lender, the medium reported.

“The evidence of our superior management was clear for all to see back in November. A lot has happened since then,” the report further quoted Ofori-Atta said on Thursday. A shortfall of 5.3 billion cedis ($915 million) in petroleum receipts and lower tax income will widen the revenue gap to 14 billion cedis, the finance minister said. Spending will increase by 13 billion cedis, due mainly to the coronavirus response costs.

“The fiscal cost of the Covid-19 pandemic is enormous,” he said. The economy will be a key issue in a Dec. 7 vote when President Nana Akufo-Addo will seek to renew his mandate for another four years, facing off against his predecessor, John Mahama of the National Democratic Congress, World Oil said.

Ghana’s debt burden is exacerbated by its failure to review power-procurement deals since it committed to do so nearly a year ago. While the deals helped the installed capacity to nearly double the country’s peak demand needs of 2,700 megawatts, the country pays about 2.5 billion cedis per year for power it doesn’t need.

A group of independent power producers, who jointly account for about 1,262 megawatts, said the government owed companies more than $1.4 billion as of June 30. The Ministry of Finance said however that it is still engaging in bilateral talks with the producers.

The World Oil report said again that failure to switch to “take-and-pay” contracts, where the government would be billed only for the electricity it uses, has weighed on public debt which expanded to 59.3% of GDP in March from 56.7% of GDP a year prior. By Chibisi Ohakah, Abuja