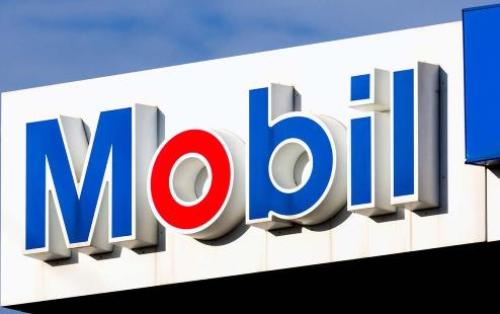 Over 70 members of Petroleum and Natural Gas Senior Staff Association (PENGASSAN) on Monday bemoaned the non-payment of their severance package 10 years after they were sacked by Mobil Producing Nigeria (MPN), a subsidiary of US firm – ExxonMobil.

They said that they were disengaged in 2009 before the expiration of their employment contacts at the Qua Iboe Oil Export Terminal operated by Mobil Producing Nigeria (MPN) and were denied their entitlement of N600 million.

According to the oil workers, it took the management of MPN nine years to authourize payment of their terminal benefits in 2018 but said that the amount fell short of the computed benefits by over N600 million.

Mr Peter Akpenka, a former Chairman of Contract Workers branch of PENGASSAN in MPN said this in an interview with Orient Energy review in Yenagoa that more than five of the workers owed had died in frustration.

Akpenka said the plight of the workers were worsened by the insensitive posture of MPN and nonchalant attitude of the PENGASSAN officials who allegedly connived to work against the collective interest of the disengaged workers.

“Even more worrisome is the role being played by members of our union who generated an obnoxious document and donated same to MPN management to justify the release of over N600 million due to our members.

“We have asked why PENGASSAN will donate the salaries and terminal benefits of its members to Mobil and got no answers, we have forwarded our cases but the union has not acted.

“We were locked out while our employment contract was still running and under our labour laws, when there is such a breach of existing contract, the terminal benefits reflect and compensate for the breach.

“It took them nine years to pay part of the benefits in 2018 and they are still holding on to the balance, and we are at a loss as to why our own union is working against us.

“Rather than use the subsisting Collecting Bargaining Agreement as at the time of our disengagement in August 2009 to compute our benefits they connived and used an old discarded template and hence the shortfall.

“We have communicated them several times in writing, written reminders while this matter lingered over the years and they have taken no action.

“Our position is that MPN, an affiliate of Exxonmobil should not accept the donation of our benefits and declare same as profit, We urge MPN management to correct the anomaly and ensure their labour contractors pay us,” Akpenka said.

MPN in the letter authourised the labour contractor to pay the severance package which the aggrieved workers said fell short of the subsisting Collective Bargaining Agreements as at the time of their disengagement in 2009.

Mr Mathew Oloche of Sigmund, one of the labour contractors retained by MPN at the Qua Iboe Oil Export Terminal said that Sigmund was merely an intermediary between MPN and its contract staff.

“We have just one case of the 2009 disengagement and his entitlements were worked out in line with MPN Human Resources Policy and he was paid and it is well documented.

“We in Sigmund are not owing him a kobo, if however the case he is making for additional payment materializes and MPN agrees to pay, we shall not stand in the way,” Oloche said..

Another labour contractor who spoke on condition of anonymity said that the labour contractors were not involved in computation of terminal benefits as they were only mandated to pay what MPN authorized.

According to the source MPN management and PENGASSAN set up a verification committee to determine amount payable to the disengaged workers adding that the committee should be held responsible for any shortfall.

Reacting to the allegations by aggrieved members, Mr Lumumba Okugbawa, General Secretary of PENGASSAN said that the union did its best under the prevailing circumstances and denied that the union abandoned its members.

“It is not true that we abandoned our best, their sack in 2009 was a major challenge to the union and across the industry, the development even affected the willingness of other operators to allow contract staff to join the union.

“We tried our best in getting the issue resolved and that was a long time ago some 11 years down the line, we did what we could under the prevailing situations and circumstances.

“At one hand we wanted contract staffers to be unionized as a basis of stemming casualisation in the oil sector but the Contract Workers branch of PENGASSAN got diverted when they demanded parity with permanent staff.