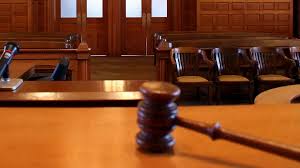 A Federal High Court sitting in Lagos has said that the Department of Petroleum Resources (DPR) can go on auctioning 10 marginal fields whose licenses have been revoked. The court had rejected an interlocutory injunction application filed by the operators of affected marginal oil fields which intended to restrain Federal Government from auctioning them.

The affected parties representing 10 marginal fields had prayed the court to stop the Federal Government from auctioning the affected 10 marginal oil fields which licenses have been revoked.

Delivering ruling on the application, Justice Chukwujekwu Aneke held that the operators of the affected Marginal Oil Fields failed to convince the court on why the order ought to be granted.

In dismissing the application, Justice Aneke held: “the court having considered the papers filed and exchanged by the parties, refuse to grant the application on the ground that it lacked merit, I hereby dismiss same.”

Justice Aneke further held that the applicants failed to convince the court that an order of interlocutory injunction ought to be granted in the case. Consequently, he adjourned the matter till October 29, 2020, for hearing of the substantive suit.

The court had on May 29, refused to grant an ex-parte application seeking to restrain the defendants from withdrawing licenses of the operators instead, and directed the applicants to put the defendants on notice. However, rather than complying with the court’s order, the applicants allegedly decided to serve the processes through email without recourse to the court’s order.

When the application for interlocutory injunction came up for hearing, the defendants were absent thereby forcing the court to grant the application as prayed. Upon becoming aware of this development, the defendants through their legal team, Mr Adetunji Oyeyipo SAN, Dr. Adewale Olawoyin SAN and Adebayo Ologe, approached the court for a reversal of the order of injunction, on the ground of non-service of court’s processes.

The court was forced to set aside its earlier orders made on June 3 which restrained the defendants and consequently directed that the application for interlocutory injunction be heard afresh after service of relevant court processes on the defendants.