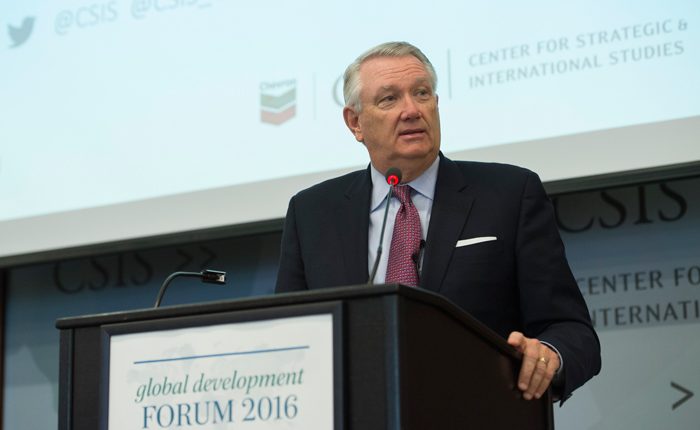 As part of his new role, Green, who is currently president of Chevron Asia Pacific Exploration and Production, will oversee Chevron’s exploration and production activities throughout North America, including the company’s portfolio of assets in Canada, California, the Gulf of Mexico, Pennsylvania and the Mid-Continent region of the United States.

Green will succeed Jeff Shellebarger, who is retiring from Chevron after 38 years of service. The new appointment will report to Jay Johnson, Chevron’s executive vice president of upstream.

Nigel Hearne will succeed Green as president of Chevron Asia Pacific Exploration and Production, effective March 1, 2019. Hearne is currently managing director of Chevron Australia and head of the Australasia Business Unit with responsibility for the company’s upstream interests and activities in Australia and New Zealand. In his new capacity, Hearne will oversee nine countries across the Asia-Pacific region. Hearne will also report to Johnson in his new role.

“He has shown exceptional leadership as he guided our upstream operations across the Asia Pacific region over the last several years,” he added.

Commenting on Shellebarger’s retirement, Wirth said, “Jeff has been an outstanding leader for Chevron for nearly four decades”.

“Most recently he’s played a central role in advancing our significant onshore and offshore operations across North America, including firmly establishing our leadership position in the Permian Basin. Beyond his leadership inside Chevron, Jeff has distinguished himself as a sought-out leader across the greater Houston community,” he added.

Earlier in November, Chevron reported earnings of $4 billion for the third quarter (3Q), compared to $2 billion during 3Q 2017. United States upstream operations earned $828 million in 3Q, compared with a loss of $26 million a year earlier.

NNPC earned $470 million from oil and gas export in August