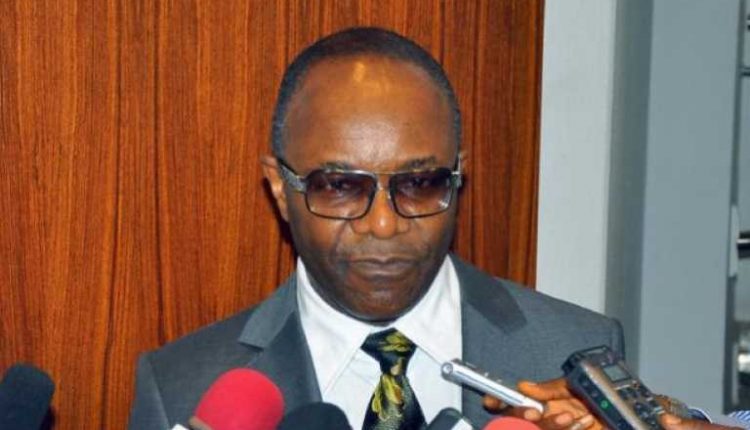 There are indications that the erstwhile Minister of State for Petroleum Resources, Dr Emmanuel Ibe Kachikwu, may be returned as minister of state for petroleum by President Muhammadu Buhari. Speculations are rife in the international oil and gas circuit that Kachikwu’s sterling performance in office, especially in the stabilization of the African region, as well as the confidence and influence the former minister wielded for Nigeria while in office must be taken into cognizance.

Quoting a credible source told Africa Oil+Gas Report, that it seems “sure” that Emmanuel Ibe Kachikwu will return as minister of state for petroleum in Muhammadu Buhari’s second term. The journals said it had heard this speculation for over three weeks now and had struggled with the story, especially as Kachiku had been widely perceived to have been greatly incapacitated by the Nigerian oil cabal, marshalled by the past managing director of the Nigerian National Petroleum Corporation (NNPC), Dr Baru Maikanti.

It will be recalled in 2017, Kachikwu fell out with the cabal leading to his purported resignation. The minister had complained that the board of the NNPC was engaging in contract approvals without his knowledge and approval. Although the President waded into the disagreements and stopped the minister from quitting his cabinet, the cat and dog relationship lingered even in the twilight days if the President’s first tenure.

Observers insisted that Emmanuel Kachikwu, though a priced technocrat in the international oil and gas circuit, was clipped by twisted supervision from his employers, and was therefore unable to exert any form of influence in the ministry of petroleum, as the former GMD, Dr Maikanti Baru, “supposedly had better access to the President and the President’s top confidantes (Abba Kyari, the Chief of Staff and Boss Mustapha, secretary to the Federal Government) and simply sidelined him in matters that, at least ought to pass his table if only for courtesy’s sake,” Africa Oil+Gas Report said

“Still, the feelers we are getting is that he is ahead of the race than anyone else, to clinch the job again.  President Buhari, it is expected, will keep retaining the job of the substantive minister of petroleum,” the journal said

On June 11, 2018, Dr Emmanuel Ibe Kachikwu emerged the President of African Oil Producers Association taking over from Michael Boukar, a Chadian. He emerged as the president with the fully sponsorship of the Nigerian federal government. Vice President, Professor Yemi Osinbajo represented the country at the inauguration ceremony.

No Need for Panic Buying of PMS — NNPC Cautions