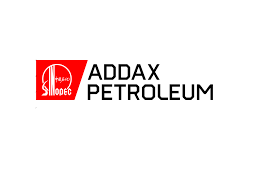 Addax Petroleum has announced a contract for Airborne Oil & Gas to deliver two gas lift jumpers in West Africa. This will result in its thermoplastic composite pipeline (TCP) becoming a permanent application in the region for the first time.

The scope of work marks the second order for its TCP products in Nigeria this year. The first was for a TCP Jumper Spool which is expected to be deployed by a supermajor in the region later in the year, Addax technical advisor, Tony Kirkby, said

The Netherlands headquartered business will supply two, 180-meter-long TCP Jumpers to support the Sinopec subsidiary’s operations in the Okwori field, off the coast of Nigeria, within an eight-week timeframe.

This is the first time one of its TCP technologies has been ordered through its newly launched “Jumper on Demand” service which sees long lengths of its Jumpers being manufactured, prepared with dedicated end-fittings and held in stock. According to the Addax boss, this allows for a significantly improved turnaround of pipe supply, termination and installation in any location.

TCP is a non-conductive, non-corrosive flexible pipe that can be installed subsea easily through subsea pallet or off the back of a vessel from a reel, avoiding expensive metrology and reducing the project throughput time. Airborne Oil & Gas’ TCP products can be (re)terminated in the field in a matter of hours, providing flexibility and de-risking the project schedule.

The Addax technical advisor said: “The flexibility and ease of re-termination makes TCP a great product for gas lift and other applications within Addax in Nigeria. It allows us to cut pipe to length and install quickly, thereby ensuring that production is maintained with minimum disruption.”

Airborne Oil & Gas Vice President for Europe & Africa, Paul McCafferty, said: “This scope of work for Addax involves the delivery of two TCP Jumpers within a very short timeframe, which in turn provides the support the Sinopec Group subsidiary require in the most optimal way. Throughout this project we look forward to further developing our client relationship while delivering our effective high-quality TCP technology to support their future pipeline needs”.

Renewables, African LNG and Energy Finance Events To Be…