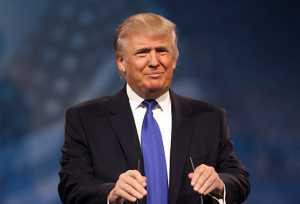 The United States President, Donald Trump on Tuesday announced the suspension of funding of the World Health Organization.

He insisted that as a leading sponsor of WHO, US deserves accountability on the management of the coronavirus outbreak. He said, “American taxpayers provide between $400m and $500m per year to the WHO, in contrast China contributes roughly $40m a year, even less.  As the organisation’s leading sponsor, the United States has a duty to insist on full accountability.

Trump said WHO was lacking in transparency over the outbreak, stressing that United States as the largest contributor to the UN body which provided $400 million last year will now “discuss what to do with all that money that goes to the WHO.”

“With the outbreak of Covid-19 pandemic, we have deep concerns whether America’s generosity has been put to the best use possible. The reality is that the WHO failed to adequately obtain, vet and share information in a timely and transparent fashion.”

The President last week had threatened to suspend the U.S. funding for the agency while expressing grievances with its handling of the novel coronavirus.