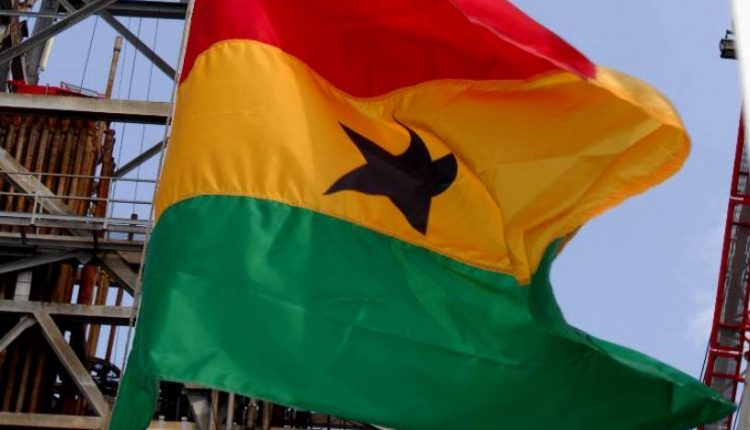 Many of the major actors in Ghana’s oil and gas industry have expressed joy over the passage of the Petroleum (Exploration and Production) law, Act 2016, with a call on Government to issue the appropriate implementing regulations on the Act to ensure effective operationalization of the law.

The new law, which repeals the old Petroleum(Exploration and Production) Law, 1986, PNDCL 84, is described as progressive.

According to the Ministry of Energy, it has become evident that the old legal and regulatory framework governing the industry is not robust enough to counter the various challenges facing the sector, hence the need to tightened up as a matter of urgency, to adequately protect the interest of Ghana and to ensure that maximum benefits are derived for this finite natural resource whilst creating certainty and transparency to sustain interest in the country’s basins.

Though the old law makes provision for some of the above-mentioned matters, it does not do so extensively, nor does it provide for the much-needed incentive for investment to achieve sustained interest in the industry by both local and foreign investors.

A press release issued by the Ministry noted that there is no doubt that this new law will have a positive impact on Ghana’s economy.

It pointed out that the petroleum industry will be a significant source of revenue for the Government of Ghana in the form of royalties, income and capital gains tax, participating interest and bonuses. “The provisions of the law seek to consolidate these sources of revenue into law rather than to leave them to be a subject of negotiation in petroleum agreements.  Revenue so derived, will support the nation’s industrialization and growth strategies, whilst creating jobs for Ghanaians, thereby contributing significantly towards the alleviation of poverty in Ghana.

The Act which provides transparency and certainty will also encourage increased investments by international oil companies thus leading to an increment in capital inflows,” it emphasized.

The ministry further noted that the provisions on local content and local participation in petroleum activities as well as a Local Content Fund will lead to job creation and the building of indigenous capacity, which will enable Government achieve its objective of ensuring that the nation’s petroleum resources are harnessed for the benefit of all Ghanaians and thus ultimately improve the standard of living of the ordinary citizen.

On their part, the Africa Centre for Energy Policy (ACEP) noted that the provisions in the new law resonate with their concerns as expressed in several press statements, memos and campaign messages prior to its passage.

ACEP in particular wish to highlight the following provisions in the new Act: an open and competitive public tender for the allocation of petroleum rights; a requirement for the publication by the Minister, the reasons for vetoing the outcome of a competitive public tender. This addresses the wide use of discretion by the Minister previously proposed in the Bill; the use of direct negotiation if only one company expresses interest in the area, after a notice to tender has been published; a requirement to enter into Petroleum Agreement with persons or companies that have the requisite technical competence and financial capacity to fulfill the obligations under the Agreement; the establishment of a public register for the disclosure of Petroleum Agreements, Authorizations and Permits, which will be open to the public; and a requirement for GNPC to seek parliamentary approval if it borrows in excess of US$30 million.

ACEP also take note of the provision for the disclosure of beneficial ownership information in the Companies Amendment Act, 2016, which will complement the governance principles provided for in the Petroleum Act, noting that, “These are very strong governance provisions, which make the Act very progressive, and an important milestone in Ghana’s history of oil and gas resource management”.

However, ACEP is worried that an important provision relating to penalty for conflict of interest of public officers has not been incorporated in the Act despite many calls for it.

According to Dr. Mohammed Amin Adam, Executive Director, ACEP, In Liberia’s Petroleum Act 2014, a conflict of interest and penalty clause reads “An officer in the public service engaged in the implementation of this Act shall not, in his or her private capacity, knowingly, directly or indirectly, acquire, attempt to acquire or hold: (a) a petroleum right or an interest in a petroleum right; (b) a direct or indirect economic interest, participation interest or share in an entity that is authorized under this Act to carry out petroleum right in Liberia; or (c) a direct or indirect economic interest, participation interest or share in a company that is providing goods or services to a holder of a petroleum right under this Act. A person who contravenes this commits an offence and is liable on conviction to a fine not exceeding fifty thousand US dollars or imprisonment not exceeding five years or both”.

In a press release, ACEP promised to continue to campaign for this provision on conflict of interest to eventually reflect in future amendments to the Act, as they believe strongly that it will deter the complicity of rent seeking public officials from undermining the good governance principles in the Act.

“ACEP has been at the forefront campaigning with other stakeholders for good governance principles to be incorporated in the Petroleum Act; and we are happy that in spite of the long years of delay in passing the law, it has finally been approved with such governance standards that put Ghana on the map of countries determined to break away from the oil curse,” he said.

Some of the provisions in the law

Management and Exploitation of Petroleum Resources

The overarching principle that the management of petroleum resources should be conducted in accordance with principles of good governance and transparency, for the maximum benefit of Ghanaians is a theme that runs through this Act. It is expected that a contractor will develop and produce petroleum in accordance with international best practice to avoid waste and ensure the long term recovery of our petroleum resources.

A Conducive Environment for Investment

The Act creates an attractive environment for potential investors to participate in the sector by providing certainty and transparency in the ground rules for operations. Open, transparent and competitive public tender processes have been introduced to precede the entering into of a petroleum agreement.  This process which exists under PNDCL 84 has been further expanded to include the requirement for the Minister to publish an invitation to tender or an invitation for direct negotiations in the Gazette and at least two state owned national newspapers or any other medium of public communication.

The Act introduces an obligation to commit a contractor who fails to fulfill either in whole or in part, the minimum work obligation agreed under a petroleum agreement during the exploration period to pay to GNPC the amount required to complete the unfulfilled portion of the work program for that working period.

The Petroleum Commission is required under the Act to establish and maintain a petroleum register of petroleum agreement, licences, permits and authorizations and the register shall be open to the public. This provision further deepens the Act’s approach to transparency.

Employment and Training of Ghanaians

Use of Ghanaian Goods and Services

Persons engaged in petroleum activities shall acquire materials, equipment and consumer goods produced or provided for in the country by an indigenous Ghanaian company of similar quality and cost to foreign material or goods. They are also required to contract local service providers to the extent that the services they provide are similar to those available on the international market.