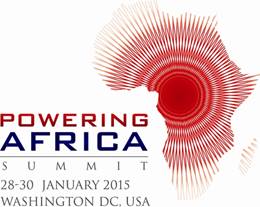 WASHINGTON, December 9, 2014/ — Over the last 20 years EnergyNet has co-ordinated investor meetings with some of the most reliable and successful power developers operating on the continent of Africa. Symbion Power, GE, Siemens, Copperbelt, Goldwind, Azura Power, Aldwych, Karpowership, Globeleq, Schneider Electric, ESBi, Transcorp, Chint, China State Grid, Hanergy and others have all been companies that have made long term commitments to the sector and invested in sustainable solutions. These are powerful companies with strong balance sheets backed by some of the biggest banks.

Despite all this interest, knowledge and experience, billions of dollars has been spent on development over the last 20 years and many projects have not reached financial closure. Therefore, one key question is how sustainable is the current way of doing things?

How can investors take greater responsibility for the success and speed of the development of long standing projects? Ultimately, African governments and the public sector are the ‘power in Africa’ and it is their responsibility to build power stations and distribute power for the people. Electrification could lead to increased wealth for all, but equally importantly it could lead to increased stability in order to promote further private sector investment, creating more jobs and even more wealth.

It all sounds so simple…. Of course it does, but when a potential investor works across the continent with ministries that lack IT infrastructure and any real depth of international experience across all departments, one starts to understand the challenge that governments and developers face when trying to reach agreements.

Over the last year we’ve seen a change in conversation and indeed a change in the right direction focused on capacity building and infrastructure support for public sector entities.

Symbion Power, Schneider, GE, Aggreko, and Norton Rose Fulbright among others have been investing in long term capacity building including providing grass roots level training. These companies, along with PwC and Deloitte are working with public sector corporations on additional development projects to support capacity development. One of the game change actions has of course been the launch of President Obama’s “Power Africa” initiative designed to increase access to electricity in all of sub-Saharan Africa. Power Africa seeks to strengthen the institutional and human capacity needed to attract investment on a long-term, sustainable basis, and to effectively manage a growing power sector.

TCN to boost power supply to Kano Disco with transmission…

At the ‘Powering Africa: Summit’ (http://www.poweringafrica-summit.com) in Washington next month many of the challenges and opportunities will be discussed, with many of the investors in the initiative present including those from the AfDB, World Bank, the United States Government and private sector partners.

With such powerful cooperation among international investors in play, we’re sure that it’s not so much an ‘if’ this will create opportunities, as ‘when’ those opportunities will impact the lives of those on the ground.

Having focused solely on Africa’s power sector and frontier market power generation for 20 years, EnergyNet has had the privilege to witness the passion and long term commitment it takes to ‘turn the lights on in Africa.’ Today there is more enthusiasm and more ‘expectation’ about the potential of Africa’s electricity market, and we’re delighted to play [even] such a small role within such an important and exciting sector.

From 28-30th January 2015, EnergyNet will welcome a high powered delegation of Ministers and officials from utilities and regulatory bodies from Africa to meet with US private and public sector stakeholders at the Powering Africa: Summit where they will continue the crucial conversation on how to maintain the momentum behind building up Africa’s power sector.