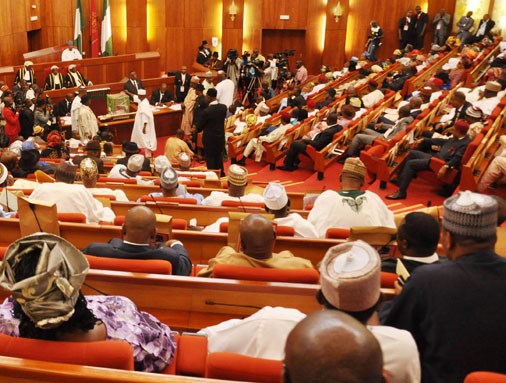 A bill seeking to reduce frequent accidents by petroleum trucks on Nigerian roads on Tuesday scaled through the second reading in the Nigerian Senate. The bill seeks to make consequential provisions towards safe transportation of petroleum products across the country.

The sponsor of the bill, Senator Ifeanyi Ubah, said the bill became necessary to provide a legal framework peculiar to that segment of the transport sector, and to further strengthen existing collaborations between government agencies on transportation of petroleum products by roads.

He said the bill was inspired by the urgent need to promote safety in the transportation of petroleum products using trucks, and eliminate practices inimical to freight traffic and petroleum haulage in Nigeria. “It also seeks to promote the welfare of tanker drivers by ensuring investments in Truck Transit Parks (TTPs) and related transport infrastructure,” he said.

The lawmaker recalled the high incidences of crashes by petroleum tankers over the years that often resulted into loss of lives and properties. “According to a study by the Federal Road Safety Corps (FRSC), between 2007 and 2010 alone a total of 4,017 tanker/trailer crashes were recorded on Nigerian roads with the yearly average of 1,148 cases and monthly average of 96 crashes,” Ubah said.

The bill, he said, introduced a novel provision which is the recognition of TTPs in selected locations across the country. It also proposed the establishment of Freight Traffic Liabilities Claim Tribunal to handle civil claims arising from petroleum tanker crashes to ensure speedy dispensation of justice to the victims.

Senators who spoke on the bill were unanimous on the urgent need for legal framework to curb the menace. They noted that the bill provided for a short term solution to the problem and called for resuscitation of oil depots across the country to allow for the delivery of petroleum products through pipelines as a long term solution.

Senator Chukwuka Utazi called for the rehabilitation of the nation’s railway network as another safer alternative of transporting petroleum products across the country.

AfDB’s Support To Energy Sector Doubles To E410.66m In 3yrs