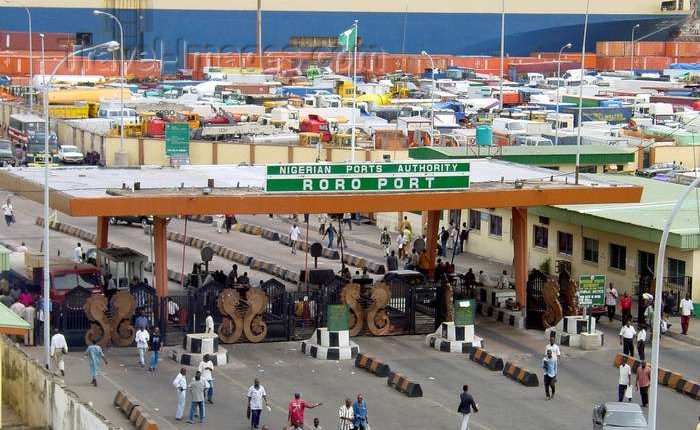 The Managing Director, Nigerian Ports Authority, Ms Hadiza Bala-Usman has described the decision of the Nigerian Senate to investigate the activities of NPA’s joint venture arrangements with the Lagos Channel Management, the Bonny Channel Company, and the Calabar Channel Management Company Limited. Assuring the Senate of total cooperation, the NPA MD said that investigation was in line with the determination of the NPA to open its book for probity at all times.

The lawmakers on Wednesday mandated the Senate Committee on Marine Transport to investigate the “dredging activities, books and records” of the NPA and the three contracted companies, where NPA holds 60 per cent state in each. The committee was assigned to look into the $3bn allegedly spent by the Nigerian Ports Authority on the dredging of Lagos, Bonny and Calabar water channels between 2005 till date.

According to Omo-Agege, despite running a joint venture contract with the dredging companies, NPA has continued to spend more on dredging of the water channels. “The Senate is worried that although these JVs are supposed public-private partnerships conceived to reduce financial burdens on the Federal Government, the NPA has expended over $1bn and $2bn, respectively, on LCM and BCC from 2005 to date, while significant dredging is yet to commence on the Calabar channel; notwithstanding that it is an economic gateway to the North-Central and North-East geo-political zones of the country.

“NPA has failed, refused and/or neglected to ensure the JVs’ compliance with the Marine Environment (Sea Dumping) Regulations 2012 made pursuant to the Merchant Shipping Act 2007; the Convention on the Prevention of Marine Pollution by Dumping of Wastes and Other Matters 1972, otherwise called the ‘London Dumping Convention,’ and the 1996 Protocol to the London Dumping Convention.”

Furthermore, in a statement signed by the NPA Principal Manager, Public Affairs of NPA said that the Usman-led administration on resumption of duty had identified the challenges at the authority and that took “immediate steps” were taken to address them.

Adding that part of the processes was the advertisement for expression of interest for “Consultancy Services for Dredging and Channel Design Optimisation Studies” placed in newspapers in October 2016 (Public Notice No 3957), seeking for an international competitive bidding.

US defends “sovereignty” of African states over use of coal…

Strong Regulatory Regime Accounts for Ghana’s Success in the…

According to the statement, three companies have been pre-qualified for the assignment with a request for proposals (RFP) already issued towards the conclusion of the process for the award of contracts. And that the studies, when completed, would provide accurate information on the depth and siltation levels of the channels and ultimately, guide the NPA on its next line of immediate and future actions in respect of the channels.

“The studies will additionally provide a comprehensive review of the dredging practices currently adopted for the management of Bonny/Port Harcourt channel, the Calabar channel and Lagos channel and to recommend ways in which these could be optimised with a view to enhancing dredging efficiency,” the statement read.

“A comprehensive review of the existing channel layout and recommendations on how the layouts can be optimised for current and projected vessel traffic in each of the pilotage districts.

“As part of the optimisation studies, it is recognised that the consultant will undertake further in-depth studies on hydrodynamic modelling, sedimentation modelling, navigation simulation studies and navigational risk assessments amongst others.”

Adding that NPA discovered the cost of dredging the channels had increased on a yearly basis in the past and that the study would provide guidance on specific measures to take to save cost.

The agency assured stakeholders of its readiness to collaborate with other agencies of government to ensure transparency in the execution of government business and work in the best interest of Nigeria always.