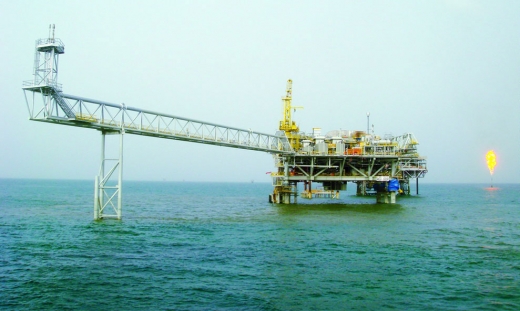 NEITI says that the urgency to review the obsolete legislation without further delay is in view of the revenue losses to the federation by the use of the old agreement in computation of revenues to be shared between the government and oil companies.

NEITI however observed with concern that Nigeria is yet to adhere to this important provision even now that the price of oil is revolving around $70 per barrel.

Huawei To Launch Digital Oilfield Iot Solution At The NIPS…

Ghana Gas Embarks On Operation “If You See Something, Say…

Between 2015 and 2017 covered by NEITI’s Occasional Paper review of NNPC Report, Nigeria produced 2.126 billion barrels of crude oil and condensate.

NEITI’s major concern is that now that the PSCs account for about 50% of total oil production and major source of revenues, the delay or failure to review and renew the agreement means that payment of royalty on oil production under PSCs would not be made while computation of taxes would be based on the old rates.

On lifting of crude oil, the NNPC Monthly Financial and Operations Report disclosed “international oil companies (IOCs) lifted more crude oil than the government. Total lifting of crude oil and condensates was 2.135 billion barrels. Of this sum, IOCs and Independents lifted a total of 1.367 billion barrels, while government’s lifting by NNPC was 721.16 million barrels. This means that the operators lifted 64.01% of total crude lifting’s, while government through NNPC lifted 33..76%. When expressed in monetary terms, total government lifting of oil amounted to $35.893 billion while the figure for IOCs and Independents was $68..591 billion”

The NNPC Report further disclosed that refineries received 15.15% of total domestic crude lifting out of which 41.32% was utilized under the Direct Sale Direct Purchase (DSDP) program of NNPC.

One striking feature of the NNPC financial operations report is the disclosure that the Corporation lost the sum of N547billion in its operation between 2015 and 2017. Out of this amount, the NNPC Corporate Headquarters recorded the highest revenue loss to the tune of N336.268billion.

On the contrary, the Report revealed that the Nigeria Gas company made a huge profit of N141.324billion.

While NEITI applauds the Monthly voluntary disclosures by the NNPC, it is important to note that NEITI through its auditors under the EITI framework has not independently verified the information and data from the NNPC reports.

“NEITI has not, except for the year 2015, independently validated the data from NNPC. This will be done in ongoing and future reconciliation reports. What has been done here is a preliminary analysis of the data that NNPC has made available for the three-year period. The figures examined here do not represent the sum total of all revenues from the sector, as other payment streams like royalties and taxes from JVs, signature bonuses, transportation rental fees, NESS fees, penalties and others are not covered by the NNPC financial and operational reports” the NEITI Report concluded.

NEITI however commended the NNPC for the reconciliation of the crude swap under-delivery transaction executed during the crude- for- product- swap. NEITI also urged the Corporation to sustain the new spirit of openness while encouraging the citizens to use the information and data from the NNPC’s disclosures to promote public debate required in implementing the on-going reforms in the extractive sector.

The NEITI Occasional Paper series which reviewed the 3 years of NNPC operations and financial reports is the third in the series.. In the pursuit of EITI global Open Data Policy, NEITI has data set for the three years (2015 -2017) in excel format readily available on its website in support of public interest, analysis and debate. NEITI has also began a process of building a model to calculate the extent of losses as a result of failure to review the PSCs agreement as at and when due.