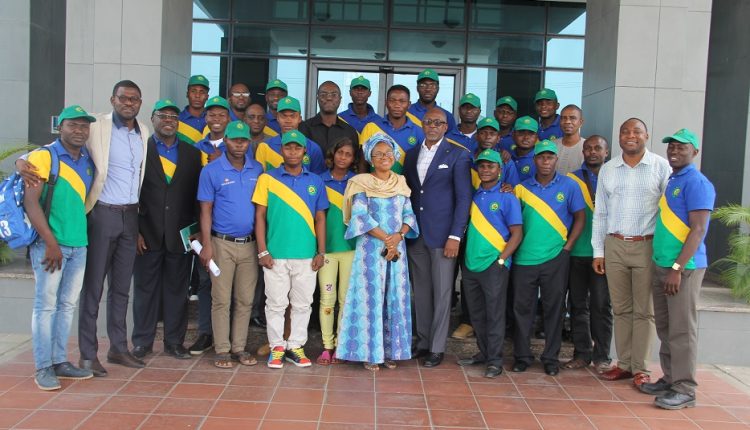 The Nigerian Content Development and Monitoring Board (NCDMB) has charged investors in line pipes used in the oil and gas sector to accelerate their investments so as to close existing gaps in the local supply chain.

Speaking at a meeting with the investors held at the Board’s headquarters in Yenagoa, Bayelsa State on Tuesday, the Executive Secretary of NCDMB, Mr. Denzil Kentebe stated that the Board had spent considerable time stimulating investments in line pipes and it was high time the firms brought their investments to fruition.

He pledged the Board’s preparedness to assist the companies overcome challenges they may be facing with their projects, urging them to suggest interventions they would require from Government.

Speaking further, Kentebe informed the investors that the Nigerian oil and gas industry required over 800,000 metric tons of pipes per annum, listing opportunities for the utilisation of line pipes to include the Gas Master Plan projects, major upcoming Engineering, Procurement and Construction projects and planned replacement of aged pipes used in transporting crude and refined products.

He told the investors that “the Board is determined that line pipe procurement for these projects will be sourced from in-country pipe mills and I encourage you all to redouble you efforts.”

The Executive Secretary also assured that the Board was committed to realizing the Polaku Pipe mill project so as to produce line pipes in-country and demonstrate Government’s commitment to the pipe mill initiative.

In his remarks, the Managing Director, Brentex Petroleum Service Limited, Mr. Chidi Nzerem thanked the Board for its support, pointing out that the company had begun extensive work at its pipe mill site in Calabar, Cross Rivers State.

He stated that when completed, the pipe mill would be the largest in Africa with a production capacity of 300,000MT of LSAW pipes. Nzerem also confirmed that his company had acquired 65 percent of the equipment required to start production and shipped them to the Calabar.

According to him, Brentex had signed a technical agreement with Petrojet Haeusler International Pipes Industry Company (IPIC) and plans to begin operation in the second quarter of 2018.

In a related development, the 22 trainees sponsored by the Board to Baoji Petroleum Steel Pipe Company Limited in China to acquire critical skills they will utilise to operate and maintain machines at the Polaku pipe mill paid a thank you visit to the Board on Tuesday.

The trainees were presented to the Executive Secretary by the General Manager, Capacity Building Division of the Board, Engr. Ikpomosa Oviasu.

Addressing the trainees, Kentebe expressed excitement at the performance and conduct of the trainees while undergoing their programme for 45 days, noting that they had made the Board and the country proud.

He announced plans to attach the trainees with companies engaged in pipe line manufacturing so they can practice the skills they learnt before the Polaku pipe mill comes on stream.

He further explained that the Board’s sponsorship of their training was in keeping with its mandate of training Nigerian youths in different oil and gas related fields so they can contribute in the development of the Nigerian economy.

In his remarks, Engr. Oviasu advised the trainees to make good use of the training they acquired and always be open to opportunities.

In their response, the trainees expressed gratitude to the Board for the opportunity which had imbued them with critical skills that are highly sought after in the job market.