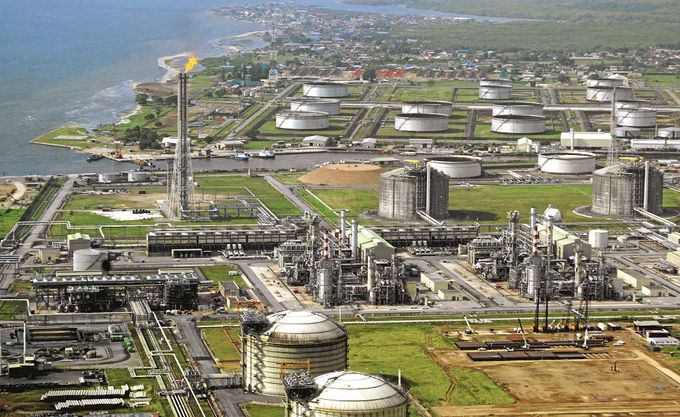 The Nigerian Association of Petroleum Explorationists (NAPE) has called on the Nigerian government to set up modular and micro refineries in the ‘Niger Delta Economic Economic Corridor’ pooling the current burgeoning illegal and unsafe refinery operators.

Mr Chikwendu Edoziem, President, NAPE, made the appeal in Lagos during the association’s briefing with newsmen on its forthcoming annual conference slated for Nov. 8 to 12, 2015.

He suggested that the government adopts a strategy of standardised design, streamlined and cumbersome-free approval process, to ensure an efficient turn-around time for construction to full operation of one year.

“Government should accelerate the funding and completion of the new gas projects in the western axis of the Niger Delta to immediately add about 2,000 million standard cubic feet per day (MMscf/d) of gas production. NAPE supports that stranded associated gas that is flared be utilised for power generation via accelerated approvals for captive power plants while targeting top flaring sites,” the association said.

Edoziem stated that the Minister of Petroleum Resources remaining NNPC board chairman would make nonsense of the serious-minded reforms currently ongoing in the corporation as NNPC needs to be distanced from politics if it must become commercially viable.

He noted that the Minister of Finance is not the chairman of the Central Bank of Nigeria, CBN board, and that this has allowed the CBN function professionally without undue political interference.

Moreover, the association wants the federal government to encourage exploration activities in the country during the period of low crude oil prices as the low prices has brought about a lull in exploratory activities which has in turn brought about low activities for oil rigs and other exploration equipments.

“The cost of hiring equipments has gone down because no one is hiring those rigs and equipment due to low oil prices and the glut in the global oil sector.

“Now, we must understand that the crude oil price may not bounce back immediately, and exploratory activities are also time-consuming. If we use the opportunity of low equipment prices to hire these equipments now and commence exploration activities, thereby bringing life back into the sector, it will take another 4 to 5 years to probably be ready for first oil, and by that time It is very possible that crude oil prices would have bounced back,” he said.

These demands form part of the group’s recommendations in a communiqué it sent to the government after its special workshop, held about two months ago.

The communiqué, Orient Energy Review learnt, was sent to President Muhammadu Buhari and Vice President Yemi Osinbajo and had already met with the group on issues raised. Its President, Dr. Chikwendu Edoziem, confirmed to reporters in Lagos that members had a meeting with Prof Osinbajo, but didn’t disclose what they discussed.

Other recommendations on the communiqué includes: provision of an enabling environment and incentives to increase exploration opportunities, especially in high-risk frontier basins and under-explored deep high pressure high temperature (HPHT), reduction of contracting cycles for services and projects to a maximum of three months and nine months respectively. They added that the lowest bidder concept is being abused through ridiculously low bids.

NAPE also seeks the restructuring and devolution of NNPC, with a spin-off upstream company that is commercially viable semi-public Nigerian oil and Gas Company with world-class capacity for hydrocarbon exploration, development and production. This according to them will allow for effective, purposeful and business-focused decision making.

The association wants DPR renamed as ‘Petroleum Directorate’ to reflect the proposed changes, increased role and overarching autonomy. It stated that the full potential of the Department of Petroleum Resources (DPR) would better be realised if it is empowered as an independent oil and gas industry regulator.

NAPE pledged to sustain engagement and mutual support between oil and gas producing companies and host communities, and recommended that the Petroleum Industry Bill (PIB), as it is, be unbundled and that the relevant sections of the extant Petroleum Act be amended to meet current realities, and position Nigeria to be globally competitive as an oil and gas producing country.

Department of Energy, South Africa to give keynote at Argus Africa LPG