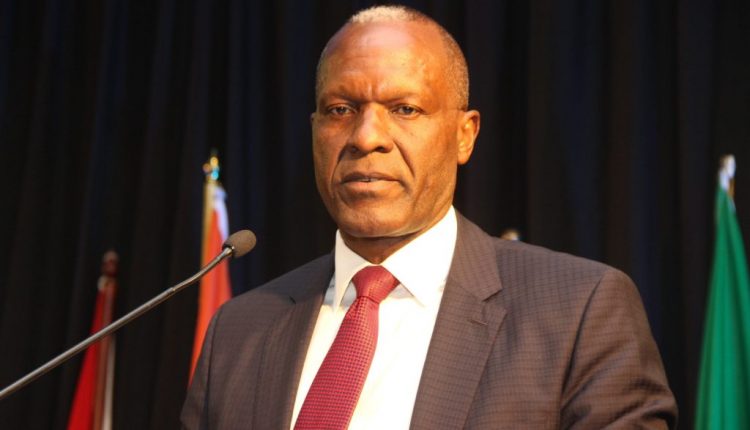 In continuation of its Africa energy series webinars, in view of the difficulties posed by the raging COVID-19 pandemic, the African Energy Chamber will present an exclusive webinar today, May 15, 2020, at SAST, with the Nambian minister of energy, Hon. Tom Alweendo slated to make a presentation on the future of Namibian energy industry.

Hosted by Africa Oil & Power, the open to public webinar will explore the future of the Namibian energy industry in the context of the current global climate. A statement said that as 2020 was planned to be a strong year for exploratory drilling in the country, the conversation will look at the state of the country’s upstream industry and its development potential.

Hon. Tom Alweendo will be joined by Nj Ayuk, executive chairman of the African Energy Chamber, in the discussion moderated by Namibian lawyer and energy specialist, Gawie Kanjemba, and Africa Oil & Power field editor, Thomas Hedley. In light of Namibia’s push to develop a sustainable and clean energy industry, participants will also discuss the country’s key energy infrastructure and power projects with a particular focus on gas-to-power and renewable energy.

“In Namibia particularly, after 30 years of independence, we have grown the economy over ten folds and remain one of the countries with the highest GDP per capita in Southern Africa,” said Hon. Tom Alweendo. “Exploring resources like oil & gas can translate into a tool for transforming the economy even further. The shareholders of Namibian resources are the Namibian people, it is thus important to work with organizations like the Africa Energy Chamber and Africa Oil & Power, to map out a future that speaks best for Africa,” he added.

“Our next Africa energy series of webinars takes us to a true African energy frontier and we are honored that Hon. Tom Alweendo is joining us in this conversation,” declared NJ Ayuk, executive chairman at the African Energy Chamber. “Namibia has a tremendous potential for energy investments across the value-chain and should not be overlooked when it comes to building a sustainable and inclusive growth in Africa.”

The country is also home to the giant Kudu gas field, where 1.3 Tcf was gas was discovery in 1974. The block is currently operated by BW Energy, who remains committed to finding a viable commercial development option for the field. Kudu’s development is seen as key to resolving the energy crisis in Namibia and developing strong gas-to-power capacity.